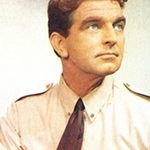 YouTube: Conniptions886 Fifty years ago saw the debut of the Nine Network‘s new spy drama, Hunter. Produced by Crawford Productions, Hunter‘s first episode aired on GTV9, Melbourne, on 5 July 1967 — with sister station TCN9, Sydney, following suit the next night. However, given the vagarities of Australian network programming at that time, the series …

END_OF_DOCUMENT_TOKEN_TO_BE_REPLACED

Monday marked the 50th anniversary of the debut of ABC‘s first nightly current affairs program, This Day Tonight. TDT, as it became known, was first hosted by Bill Peach, formerly host of TEN10‘s Telescope program in Sydney. Telescope was loosely based on the UK Tonight show and it was a similar model to be adopted by …

END_OF_DOCUMENT_TOKEN_TO_BE_REPLACED

Permanent link to this article: https://televisionau.com/2017/04/this-day-tonight-50-years-on.html

END_OF_DOCUMENT_TOKEN_TO_BE_REPLACED

Bill Peach, former journalist and TV and radio presenter, has died at Sydney’s Royal North Shore Hospital at the age of 78. Born in the NSW town of Lockhart in 1935, Peach began his career as a cadet at ABC radio in the late 1950s.  After a stint working overseas at the BBC he returned to …

END_OF_DOCUMENT_TOKEN_TO_BE_REPLACED

Permanent link to this article: https://televisionau.com/2013/08/obituary-bill-peach.html

Today marks the 45th anniversary of the launch of Sydney’s third commercial station, TEN10. The new channel, operated by United Telecasters Sydney Limited (UTSL), was the second channel to launch in what was originally known as the Independent Television System (ITS) – a network comprised of ATV0 Melbourne, TEN10 Sydney and upcoming channels TVQ0 Brisbane …