Tony Barry, veteran film and television actor across Australia and New Zealand, has died peacefully after a long illness. He was 81.

Born in Queensland, he grew up in Sydney. Despite early ambitions of following his father into becoming an aircraft engineer, Barry tried various jobs after leaving school. He eventually scored some minor bit parts in shows like Divorce Court and People In Conflict. This led to picking up roles in Skippy The Bush Kangaroo and the ABC mini-series Behind The Legend.

He then went to New Zealand, where he starred in that country’s first major local TV serial, Pukemanu, and its first TV sitcom, Buck House. Over the course of his career he is said to have returned to New Zealand over 100 times.

His film and television career has included almost 160 roles across both countries. 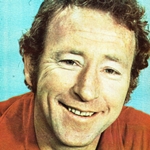 In 1975, he had a brief role in The Box, playing the part of good-humoured “ocker” salesman Doug Jackson.

His many mini-series credits included Luke’s Kingdom, Power Without Glory, The Dismissal, I Can Jump Puddles, Scales Of Justice, The Last Bastion, Shout! The Story Of Johnny O’Keefe, Cyclone Tracy, Fields Of Fire, Shadow Of The Cobra, Heartland, The Paper Man, Rose Against The Odds, Heroes’ Mountain and Paper Giants: The Birth Of Cleo.

In the ABC series The Time Of Our Lives, he played father figure Ray. When Barry had a leg removed in real life after an extended battle with melanoma, the amputation and the challenges that followed were written into his role.

Permanent link to this article: https://televisionau.com/2022/12/obituary-tony-barry.html