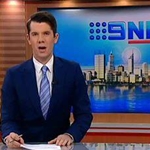 The one-hour bulletin, broadcast through Nine Perth (owned by WIN) and WIN in regional Western Australia, was launched last year in response to the axing of WIN’s dedicated regional news bulletin.  At the time of the 4.30pm bulletin’s launch WIN heralded the move as a show of commitment to providing state-based news coverage.  “This is a major undertaking by the WIN Network and we have experienced staff to take on the challenge,” Nine/WIN news director Stewart Richmond told media in March 2012. “This bulletin will lay the foundations for long-term success and is a major step forward for the development of Nine News in WA.”

Three staff have been made redundant following the axing of the 4.30pm bulletin but presenter Matt Tinney (pictured) remains with the station.

Nine Perth and WIN WA viewers will now get the national 4.30pm Nine News bulletin on delayed broadcast from Sydney.

There are no changes expected to the main 6.00pm Nine News bulletin from Perth.

Rival Seven News presents a Perth-based 4.30pm bulletin as well as 6.00pm, and Ten News At Five in Perth is also based locally.  GWN7 provides a statewide news bulletin, based in Bunbury, to its regional audience across WA.

WIN last week announced it was shifting production of its Canberra news bulletin to the company headquarters in Wollongong.

Permanent link to this article: https://televisionau.com/2013/07/win-axes-perth-based-4-30pm-news.html