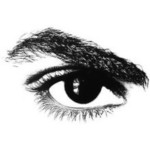 Big Brother may not have been the first of the reality genre but it was the first to give rise to saturation programming — pioneering the dominance of reality formats which now represent the flagship of each commercial network’s schedule.

The Big Brother format, where contestants would be ‘locked away’ from society with every movement recorded and influenced by the leader ‘Big Brother’, and would be voted off one-by-one by the viewing audience, was born in the Netherlands in the late 1990s. Its success led to the format being franchised, with as many as 70 different versions around the world.

With the concept being so readily adopted by viewers, particularly in the younger demographics, it seemed to be a perfect fit for Australia’s Ten Network. Ten adopted the Big Brother format after it had been successfully employed by the United Kingdom’s Channel 4, a commercial network with a similar focus towards unconventional programming and youth appeal. 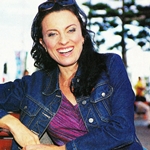 The premiere of the first series of the Australian Big Brother went to air on Tuesday 24 April 2001 – with host Gretel Killeen (pictured) introducing Australia to its first batch of Big Brother housemates: Ben, Blair, Sara-Marie, Christina, Peter, Jemma, Johnnie, Lisa, Gordon, Todd, Sharna and Andy. The contestants were selected from more than 14,000 applications. Over the next eighty-five days, while locked away in the Big Brother house situated at the Dreamworld theme park on the Gold Coast, the housemates would be challenged with physical tasks, managing a limited budget, sharing bedrooms and a bathroom and maintain a civil existence with a group of strangers, of varying personality types and backgrounds, all while under the watchful eye of ‘Big Brother’ and millions of Australians. As well as the weeknight half-hour summaries, featuring events of the 24 hours in the Big Brother house, there was a Saturday night highlights episode and the Thursday night ‘adults only’ Big Brother Uncut. The weekly highlight was the Sunday night eviction shows, played out in front of 1500 screaming fans at the Dreamworld auditorium. After hyping up the crowd and presenting various highlights of those short-listed for eviction, Killeen would eventually announce for which housemate “it’s time to go”, before they’d be hurried out of the isolation of the Big Brother house and onto the stage to be interviewed by Killeen.

Later seasons would expand the show’s coverage to a Friday night games featuring the housemates, and a late night live program hosted by Mike Goldman and featuring live crosses to the house. 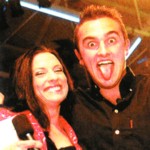 The eventual winner of the first Big Brother series was Sydney-based Ben Williams (pictured with Killeen), who took the show’s $250,000 prize and embarked on a campaign of charity work. Series runner-up Blair McDonough went on to become an actor in Neighbours and later Winners And Losers. The series’ second runner-up, the raucous but likeable Sara-Marie Fedele from Perth, became a minor celebrity phenomenon with a release of a CD, a book, and appearances in other Network Ten programs such as Totally Wild. She later re-emerged as a contestant on Celebrity Big Brother and the Seven Network‘s Dancing With The Stars.

Network Ten produced a total of eight seasons of Big Brother, proving to be an instant headline-seeker, whether deliberate or otherwise:

After seven seasons, Killeen was replaced by radio hosts Kyle Sandilands and Jackie O, a move which did little to secure the show’s future. Ten let the franchise go at the end of season eight.

In a surprise move, the Nine Network then revived Big Brother in 2012, adopting a less controversial “family friendly” format. Hosted by Sonia Kruger, it lasted three years on Nine.

Last year, the Seven Network revived the franchise again but adopting a different production model where the entire series is pre-recorded before going to air. Kruger has again taken on the role of host.

[This post is a revision of From Big Brother to big bother, posted in 2008]

Permanent link to this article: https://televisionau.com/2021/04/big-brother-at-20.html