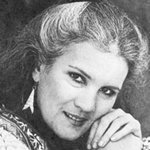 Betty Bobbitt, best known for her role of Judy Bryant in the series Prisoner, has died at the age of 81. She had been in hospital since suffering a stroke last Wednesday.

Born in the US, Bobbitt came to Australia in the early 1960s to work on the Melbourne-based variety show Daly At Night. She then appeared in an ABC play, Flight Into Danger, in 1966, followed by guest appearances in cop shows Homicide and Matlock Police. “I played anything from madams in whorehouses to housewives with children. I have very happy memories of my cop show days,” she told TV Week in 1992. 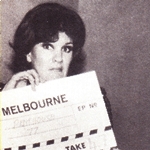 She worked in the theatre and continued to make guest appearances on television, including shows Tell The Truth, The Penthouse Club and The Daryl And Ossie Show.

In 1979, she was cast as lesbian inmate Judy Bryant in Prisoner. What began as a short-term guest role became one of the show’s longest running over its eight-year run. During her time on Prisoner, Bobbitt and fellow cast members Colette Mann and Jane Clifton also formed a cabaret act, The Mini-Busettes, which toured Australia. After she left Prisoner at the end of 1984, later TV credits included A Country Practice, Special Squad, The Flying Doctors, Frankie’s House, All Saints, The Games, Marshall Law and Blue Heelers.

Last year she made a guest appearance in Neighbours in a subtle nod to Prisoner for its 40th anniversary.

Permanent link to this article: https://televisionau.com/2020/11/obituary-betty-bobbitt.html