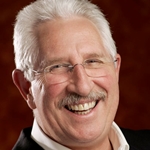 Max Walker, former Test cricketer and TV commentator, has died at the age of 68.

Born in Tasmania, Walker’s sporting career began in Australian Rules football, playing 93 games for the Melbourne Football Club. He made his Test Cricket debut in 1973 and also played in seventeen one-day internationals.

Following his retirement from cricket, Walker became a commentator for ABC and radio stations 2UE and 3AK. He had a stint at the Seven Network, appearing on World Of Sport, before joining the Nine Network.

At Nine he was a cricket commentator and co-host of Wide World Of Sports and the Sunday edition of The Footy Show in Melbourne. He also presented sport for National Nine News in Melbourne.

Outside of his media career, Walker also became a successful writer, with a number of best-selling books to his credit, and an in-demand speaker on the corporate circuit.

Nine Network CEO Hugh Marks has paid tribute to Walker: “At Nine and across the game we have lost a genuine hero of Australian cricket with Max Walker’s sad passing. He was terrific bowler as his Test record shows, but an even better bloke. He will be missed by the whole Nine family.

“Larger than life on and off the field, a huge character with that laconic, laid-back approach to sport and life. Just a big, cuddly colourful bloke whom everyone really liked – his opponents just as much as the rest of us,”

“Max enjoyed that unique sense of humour made only in Australia, which shone like a beacon in his post-retirement commentary roles on Nine, his hilarious books and his famous ‘have a good weekend Mr Walker’ television advertisements. Max leaves an indelible signature on Australian cricket and its culture. He will be profoundly missed.”

Tom Malone, Nine’s Director of Sport, also paid tribute: “Everyone at Wide World of Sports is deeply saddened by the passing of our friend, Max Walker. Max was a pioneer of the industry, making the transition from elite sportsman to television host seamlessly. He was a true Aussie character, whose enthusiasm and love for life was infectious. He will be sorely missed. Max was and will always remain, a treasured member of the Wide World of Sports Family.”

Last year, Walker appeared as a guest on Network Ten‘s Studio 10, recalling his famous TV commercial for Aerogard from the 1970s:

Permanent link to this article: https://televisionau.com/2016/09/obituary-max-walker.html