‘I’m no bad girl’
Home And Away star Isla Fisher (pictured) has responded to a magazine story that painted a sordid story to events from when she attended a showbiz party after the launch of Planet Hollywood in Sydney. “To be honest, I wasn’t amused initially because I found it very disturbing,” she told TV Week. “I’ve never been in any sort of trouble in the media. I was really upset about the whole thing. It’s funny how it can be sensationalised to sound as though something terribly sordid went on.” On a more positive note, Fisher has just returned from a two-week visit to the UK to promote her books, where she was besieged by fans. “They’re just total Home And Away fans. That’s nice because you get up at 5am each morning and think, ‘Does anyone see this, does anyone care?’.” 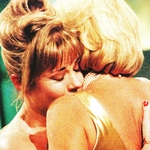 Sadness behind Paula’s big night
While it looked like a night of celebration when actress Paula Duncan was being featured in a surprise tribute on This Is Your Life, there was sadness behind the scenes. As the episode was being taped, Duncan’s mother Rita, who was heavily involved in helping This Is Your Life plan the night, was gravely ill in hospital following surgery and sadly passed away the next day. “Without her assistance This Is Your Life would not have been able to surprise and pay tribute to Paula,” host Mike Munro told TV Week. “While Rita was in hospital, it was her express wish the family did not spoil the (This Is Your Life) surprise for Paula. If it was any consolation, because TIYL had flown (Paula’s sister) Carmen and Rita’s grandchildren Amelia and Duncan out from America, they were able to see Rita before she passed away.”

Knocker’s a dirty rat!
Peter Mochrie‘s Water Rats character, Detective Senior-Sargeant John “Knocker” Harrison, has gradually emerged from the background to become one of the show’s most-liked characters. But in a shock turnaround for viewers, Knocker is about to go from being respected nice guy to a suspected murderer and a crooked cop. “I’ve played a goodie, I’ve played a half-baddie and now I’m playing the whole mongrel,” Mochrie told TV Week. While audiences are only now beginning to see a darker side to Knocker, Mochrie says it was planned all along. “Nothing is new,” he said. “I always knew this was how Knocker was going to turn out. He’s filthy.” 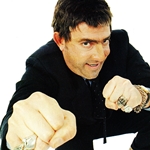 Milo packs a punch
Punch-drunk boxer Milo (pictured), created and played by Shaun Micallef, has become one of Full Frontal‘s most popular characters… but nobody is quite sure why. Micallef was initially wary that Milo might get a negative response from viewers but has found the reaction has been mostly positive. “I had a request for a photo from Lisa McCune (Blue Heelers). She’s a fan of Milo,” he told TV Week. “So we’re trying to encourage her on the show and do a scene.” Micallef based the character on a real-life Melbourne taxi driver. “He’s my favourite character, mainly because he’s physical.” Although Micallef concedes that he may have to step back on the stunts. “I’m getting hurt. The stunts have become quite elaborate.” 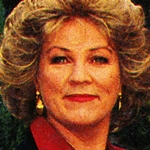 The Games Of The XXVI Olympiad: Seven’s coverage from Atlanta continues all week, nightly from 7.30pm to 2pm the following day. There are also packaged highlights from the first week of competition on Saturday (4.15pm) and Sunday (2pm).

Saturday: Beyond 2000 (3.30pm, Ten) reports on a new solar-powered car from Hawaii. In the series final of Sweat (5.30pm, Ten), Evie (Tahnie Merrey) is unable to hide the fact that she has been fired from the newspaper. 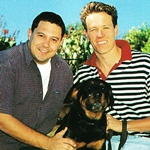 Sunday: In Talk To The Animals (6.30pm, Seven) reporter Richard Fitzgerald meets swimming champion Kieren Perkins (pictured) and his faithful dog who helps him through his gruelling schedule. Sunday night movies are Singles (Nine) and The Terminator (repeat, Ten). 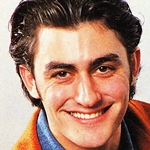 Tuesday: In Neighbours (6.30pm, Ten), Lou (Tom Oliver) is shocked to discover that Cheryl (Caroline Gillmer) has made plans to buy him out of Chez Chez without any consultation. Tracy Grimshaw hosts the new series Animal Hospital (8pm, Nine), taking viewers around various veterinary hospitals as they look after pets, native wildlife and exotic animals. The series also features reporters Rebecca Harris and Eden Gaha (pictured) and is based on the popular UK program of the same name hosted by Rolf Harris.

Thursday: In Home And Away (7pm, Seven), Marilyn (Emily Symons) supports Fisher’s (Norman Coburn) quest to save the school. In Getaway (7.30pm, Nine), Sorrel Wilby visits an eco-wilderness resort just a short drive from Sydney; Catriona Rowntree cruises down the Nile River; and Rebecca Harris checks out grass karting in the NSW town of Kurrajong.

Friday: In Neighbours (6.30pm, Ten), Karl and Susan (Alan Fletcher and Jackie Woodburne) discover that Libby (Kym Valentine) has disappeared. In Home And Away (7pm, Seven), Chloe (Kristy Wright) is still being plagued by nightmares.