What’s Up Doc? signs Steven
Just Kidding co-host Steven Jacobs has signed on as the new host of Nine‘s cartoon show What’s Up Doc? Jacobs replaces previous host Catriona Rowntree, who is now working on Nine’s Getaway program. What’s Up Doc? now moves from its Saturday morning timeslot to weekday afternoons and dashes previous plans for an afternoon cartoon show hosted by Plucka Duck from Hey Hey It’s Saturday, for which a pilot had been taped. “The pilot was great but it cannot proceed because of our contract with Warner Bros. They weren’t keen for another character, Plucka, to introduce their Warner cartoons,” a Nine spokesperson told TV Week. 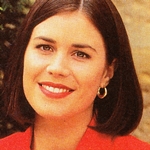 The honeymoon is over!
Weddings host Jane Hall (pictured) has spoken out about her recent departure from Foxtel‘s Breakfast Time program, denying earlier reports that her exit was a condition of continuing on Weddings. “I’m upset that I will not be working at Foxtel any more,” she told TV Week. “But my leaving was a decision I made. It wasn’t a condition of my continuing as host of Weddings. To do both things would have made it difficult logistically, because Foxtel is in Sydney and Weddings is produced in Melbourne. I prefer to put all my efforts into one thing at a time.” 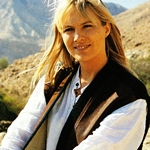 Bomb scare rocks Talk To The Animals
A recent assignment to Israel has left Talk To The Animals reporters Richard Fitzgerald and Kelly Pummeroy (pictured) fearing for their lives. A small, early morning earthquake left Fitzgerald quietly amused. “I’d heard the guys in our crew saying they’d felt earth tremors, and I was upset that I had slept through them. On our last night I woke up to an earthquake. I jumped out of bed because I wanted to feel what it was like,” he told TV Week. But his colleague was not so flippant. “I didn’t think it was funny at all,” she said. “It was dark and I was asleep when I heard creaking, and then realised I was moving. I thought, ‘It’s nearly Christmas and I’m going to die in this hotel’.” Fitzgerald had also endured a bomb scare at Ben Gurion Airport. “I was standing in line at the airport with my luggage, when all of a sudden people started running out the door and the security people came towards me. I went to grab my trolley but they wouldn’t let me take it. When we go away on stories, we hold deadly spiders and snakes, but when you hear the words, ‘There’s a bomb’ and you’re in Israel, it’s scary.” The bomb threat later proved to be a false alarm.

Sunday: In Talk To The Animals (6.30pm, Seven), Steve Oemcke visits a mouse circus in New Zealand where 700 mice are part of the show. In Banjo Paterson’s Man From Snowy River (6.30pm, Nine), Kathleen (Wendy Hughes) is summoned to appear before a Parliamentary Committee after she publishes information about a new railway line. The new series Nearly Normal Nimbin (7.30pm, SBS) looks at the social evolution of the northern New South Wales town of Nimbin, from the 1973 Aquarius Festival to the present day. Sunday night movies are Fire In The Sky (Seven), Leap Of Faith (Nine), The Substitute Wife (Ten) and Europa Europa (ABC).

Monday: In Water Rats (7.30pm, Nine), an abandoned ship, with a dog on board, some scorched bones and heaps of ashed remains, arrives in Sydney waters from Thailand. In the telemovie Cody: The Burn Out (8.30pm, Seven), Cody (Gary Sweet) is called in to help Delta Task Force track down a group of arsonists. In Pacific Drive (11pm, Nine), Tim (Darrin Klimek) realises there is a dark side to Pacific Drive. 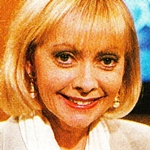 Tuesday: In Neighbours (6.30pm, Ten), Cheryl (Colette Mann) realises the truth about the relationship between Brett (Brett Blewitt) and Judy (Merridy Eastman). In Home And Away (7pm, Seven), Jack (Daniel Amalm) has a hand in the wrecking of the surf club. In Blue Heelers (8.30pm, Seven), when a child killer is discovered in Mount Thomas, Nick (William McInnes) gets personally involved and risks losing everything when he’s implicated in the suspect’s death. Donna Meiklejohn (pictured) returns with a new series of audience feedback program Backchat (9.20pm, ABC). 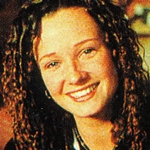