Home And Away pregnancy shock!
With romance in the air, the wedding of Shane and Angel (Dieter Brummer and Melissa George) in Home And Away leads to a one-night stand between best man Damian (Matt Doran) and Selina (Tempany Deckert). “Ages ago Selina made a move on Damian, but he turned her down,” Deckert told TV Week. “But when he comes back for the wedding… I think for both of them it seems the time is right.” The fling results in a pregnancy. “Originally, when they told me it was like, ‘Oh, I don’t want to do it… it’s too scary’, but it’s written really well. There are a few little twists and turns. It’s not your normal teenage pregnancy.” 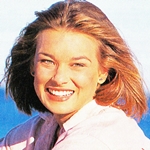 From goldfields to Getaway
Western Australian TV newsreader Christine Morrissy (pictured) is now set for a national profile with her new job as a reporter for Getaway. “Getaway really is one of the best jobs on Australian television,” she told TV Week. “Then the enormity of it hit me — having to move to Sydney and make changes. The one thing I’m going to miss is my family.” Morrissy hails from the goldfields town of Kalgoorlie. After completing her degree in journalism and media at the Western Australian Academy of Performing Arts (WAAPA), she worked for Perth radio station 6PR, then as newsreader for regional network GWN before joining STW9 in Perth in 1993. 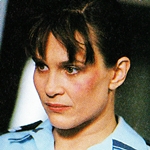 Dale’s abuse anxiety
Actress Dale Stevens is understandably anxious about the Blue Heelers storyline which sees her character, Rose Egan (pictured), the victim of domestic violence. With no real life experience, Stevens had to rely largely on her imagination and her sociology reports from university to play the part. She also sought some advice from a friend who had endured domestic violence. “I hope people who have been abused are not upset with the episode,” she told TV Week. “It is an insight into what women feel when violence happens, but it also offers solutions.” 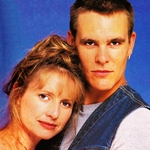 “He was known as Tricky Dickie. Former US president Richard Milhous Nixon was the brunt of thousands of jokes, cartoons, lampoons and effigies in the Seventies. “What did the president know, and when did he stop knowing it?” one comedian asked. But there was nothing amusing about Nixon’s involvement in the Watergate scandal, as a new five-part BBC series shows. Watergate, to screen weekly on ABC from March 30, is a sobering look at the downfall of a president and his administration.”

Program Highlights (Melbourne, March 25-31):
Saturday: Beyond 2000 (7.30pm, Ten) reports on new equipment to help you reach the peak of fitness — by climbing a mountain that never ends. The final of the Ansett Australia Cup (8.30pm, Seven) is live from Waverley Park, Melbourne. 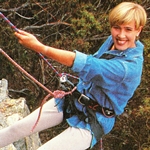 Tuesday: In Neighbours (6.30pm, Ten), Mal (Benjamin McNair) is concerned about how Danni (Eliza Szonert) will feel about him being a virgin. David Letterman hosts the 67th Academy Awards (8.30pm, Nine) in a delayed telecast from Los Angeles. In Fire (9.30pm, Seven), Repo (Andy Anderson) cons Grievous (Tayler Kane) to do a strip show in front of 30 hungry women; and Nick (Peter Phelps) discovers that Morgan (Georgie Parker) is spying on the platoon.

Wednesday: In Home And Away (7pm, Seven), Selina (Tempany Deckert) and Irene (Lynne McGrainger) resolve their differences once and for all; and Donna (Nicola Quilter) strikes out violently at Andrew (Adrian Lee). 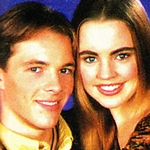 Thursday: The half-hour special Shane And Angel — A Love Story (7.30pm, Seven) looks at Home And Away‘s teenage sweethearts (pictured). In Janus (8.30pm, ABC), Shane Hennessey (Johnathon Kernutt), the youngest of the Hennessey clan, is arrested for a vicious assault and burglary.