Neighbours celebrates a perfect 10!
Celebrating its 10th birthday, Neighbours has been one of the greatest success stories of Australian television. Despite being axed by the Seven Network after six months, the show made an unprecedented move to Network Ten and has become a global hit, watched by millions in the United Kingdom and numerous other countries. The show has just been sold to Russian network TV6 and is also now screening in Latvia, Lithuania and Estonia. “I must say the reaction to the show, both here and overseas, is amazing,” Kimberley Davies, who plays Annalise Hartman, told TV Week.  “I am very proud to be in Neighbours. It’s done an enormous amount of good for my career.” Co-star Melissa Bell defended the show from its critics. “Even people who have acted on Neighbours have been known to say they wish they hadn’t done it,” she said. “But I believe you should never forget what started you off in the business and where you’ve come from.” 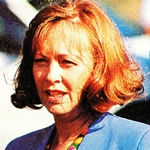 Fire rekindles Liddy’s career
Liddy Clark, best known from series Ride On Stranger and Rafferty’s Rules, walked away from acting some years ago. But she has decided to make a brief comeback in the Seven Network‘s Fire, playing the part of arson squad chief Detective Sergeant Jean Diamond (pictured). In returning to TV after five years, she found the biggest challenge was seeing herself on screen. “All of a sudden I’m a middle-aged woman. It’s shocking how it (the face) changes, shocking! I hadn’t seen myself on screen for five years and it was a bit of a shock,” she told TV Week.

Lisa’s killer role
Lisa Hensley, whose credits include Brides Of Christ and Law Of The Land, is set to challenge her respectable, clean-cut image with the lead role in the upcoming movie Isabelle’s Diary. “I don’t want to give too much away, but I’ll be getting my hair cut off to play this not very nice character,” she told TV Week. “This character kills people, so it will be a bit of a change from my roles in Brides Of Christ and Law Of The Land.”

“The Nine Network‘s spat with cable operator Galaxy and federal Communications Minister Michael Lee is just the opening salvo in a war that is likely to rage for years as more subscriber TV operators enter the marketplace (there’s no doubt, either, that some will exit fairly ingloriously). As usual in these situations, unfortunately, it won’t be the free-to-air networks or the subscriber operators who are the biggest winners or losers, as the case may be. It will be you and me… and right now we’re not looking like winners, are we?” 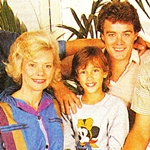 Tuesday: In Neighbours (6.30pm, Ten), Helen (Anne Haddy) and Reuben’s (James Condon) love intensifies. In GP (8.30pm, ABC), William’s (Michael Craig) attempts to comfort Eva (Sue Walker) after the death of her husband, end in rejection. In Fire (9.30pm, Seven), war is declared between the firies and the police when the arson squad invade South East and interviews the members of the platoon. 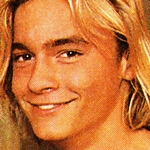 Wednesday: In Home And Away (7pm, Seven), Shannon (Isla Fisher) discovers that Curtis (Shane Ammann, pictured) and Laura (Claudia Buttazzoni) are wanted by the police. In Halifax fp (8.30pm, Nine), a school teacher dies mysteriously and a student is brutally murdered at a prestigious private boys’ boarding school. Jane Halifax (Rebecca Gibney) discovers a school stepped in history but now harbouring a dark secret as a psychopath walks its hallowed halls.

Thursday: In Neighbours (6.30pm, Ten), Philip (Ian Rawlings) goes on a blind date. In Wild Life With Olivia Newton-John (7.30pm, Nine), reporter Simon Reeve reports from Texas on the miniature horses being bred at the monastery of St Clare.