Lisa leads Blue Heelers’ British invasion
Lisa McCune (pictured) is heading to the UK to promote Blue Heelers‘ debut on the ITV network. Her tour is expected to include London, Birmingham, Manchester, Glasgow and Liverpool. While she is there, she hopes to meet up with cast members of British cop shows The Bill and Between The Lines, both of which are also shown on ITV. “It’s a weird thing to think that across the other side of the world, people who know who I am,” she told TV Week. “It will be interesting to see how the English react to us. It’s good that they’ll be getting to see a show that’s different from other Australian series there, such as Neighbours and Home And Away.” 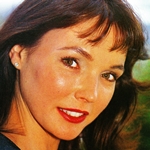 Mercy flight leads to Melrose Place
A mercy flight to the US for personal reasons has led actress Antoinette Byron (pictured) to land a role in Melrose Place. Byron had worked in the US before but had returned to Australia with roles in E Street, Paradise Beach and Time Trax (being produced for US cable television). In Melrose Place she plays a nasty nanny. “She’s a modern-day Mary Poppins who appears very charming and understanding, but underneath she’s a very dangerous woman with a secret agenda,” Byron said. Although her appearance in the series is only for a few episodes, Byron is hopeful they might have her back. “She (the nanny) didn’t get killed, so I suppose that’s a good sign,” she said. 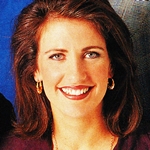 Money’s good news for Kim
After eight years of reporting serious news, Kim Watkins (pictured) describes her new role as Money reporter as a dream. “Instead of bringing people rotten news all the time, or depressing or sad news, the job I’ve got here is a dream job,” she told TV Week. “It (Money) is top rating, the best job I could have asked for, and you get to help people.” She replaces Alison Peters, who quit the program to relocate to Melbourne. Watkins’ TV career started at a very early age. As a youngster she was a reporter for the Nine Network children’s program You Asked For It (later called Boomerang), which she described as “sort of like the Leyland Brothers, but for kids”. She later moved to various on-air roles at the Seven Network, including newsreading in Brisbane and reporting from the Barcelona Olympic Games..

“Dr Kildare it most certainly ain’t, but, if you’ll pardon the very bad medical pun, ER is not a cure for cancer, either. The prognosis, however, is that it will be a success, with high teens to low 20s ratings.”

Monday: Good Morning Australia with Bert Newton (9am, Ten) returns for another year of interviews, segments and advertorials. In a two-hour episode of Over The Hill (7.30pm, Seven), Bob and Bob (Bruce Spence and Roy Billing) wake one morning to find two Germans camped in their front yard — naked; while Don (Nicholas Eadie) and Sandy (Georgie Parker) are having trouble making a profit, so Sandy plans a trivia night to attract more of the locals.

Wednesday: In Neighbours (6.30pm, Ten), everyone is overjoyed when Bianca (Annie Gagliardi) decides to return home. In Home And Away (7pm, Seven), Roxy (Lisa Lackey) sadly realises Rob (Matt Lilley) is refusing to accept their relationship is over. The classic ’60s sci-fi series Star Trek starts a rerun from the very first episode (10.30pm, Seven).

Thursday: Andrew Daddo and Alyssa Jane Cook host the new series Funniest People (7.30pm, Seven), featuring contestants performing everything from party tricks to impersonations — with the three best each week winning prizes to the value of $10,000. Comedy special Big Girl’s Blouse (8.30pm, Seven) gets a repeat screening ahead of its spin-off series. 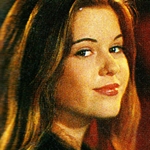 Friday: Gardening Australia (6.30pm, ABC) returns for another year. In Home And Away (7pm, Seven), Shannon (Isla Fisher, pictured) is humiliated when her secret becomes known.