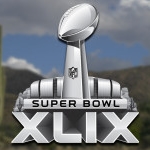 Earlier this week the NFL Superbowl XLIX was played out to a television audience of millions, if not billions, around the world. It is one of the largest annual TV spectacles – but Australian viewers wishing to witness the event were tied down to watching it in standard definition on the Seven Network’s main channel instead of having the option to enjoy it in high definition.

This is despite the preceding NFL season being broadcast on Seven’s HD channel, 7mate.

The situation becomes even more frustrating with overseas reports that the Seven Network was the only broadcaster in the world not to take the HD broadcast of Superbowl.

It is a frustration being experienced by fans of various sporting codes in Australia. Seven also opted to show the AFL Grand Final, officially the most watched program for the year 2014, in standard definition with no option of an HD simulcast.

The recent Australian Open telecast also had no HD option.

The Nine Network is not much better, offering much the same limited broadcast for the NRL Grand Final, although some of Nine’s sports coverage has been made available in HD on GEM.

And it’s not just the commercial networks. ABC‘s recent telecast of the AFC Asian Cup was restricted to standard definition channels, though their HD channel ABC News 24 has little scope to break away from its continuous news format.

By not simulcasting it does afford the networks the chance to offer an alternative program for those not wanting to watch the main event, though what value is in some of these alternatives is perhaps not clear. When most of these events are taking place the offerings on HD channels are often just C-grade filler or vintage reruns of reruns that have fairly nominal appeal.

The networks also have a secondary standard definition channel, such as 7Two or GO, for an extra program option, anyway. 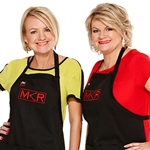 The frustration with this is that while networks are seen to be offering more choices, they do manage to find the “high definition simulcast” switch for the series launches of My Kitchen Rules and The Block. Network Ten continues to offer Family Feud across three channels, including its high definition channel One. So the commitment to offer more viewing alternatives suddenly vaporises when it is deemed commercially or strategically convenient, and for programs where the HD format is not exactly necessary.

Part of this muck up with standard and high definition rests with broadcasting legislation. When digital television was in planning stages, high definition was seen as an add-on rather than the basic viewing platform, so rules dictated that certain major events could not be shown exclusively on high definition. But that was 15 years ago. These days very few households would be without access to a high definition screen.

So while viewers will always want to have more choices, surely the networks can exercise a little discretion and reward viewers of large scale events with the option to see them in high definition as well as in standard definition for those who don’t have HD capability. It is, after all, only for a couple of hours and not a long term arrangement.

And it doesn’t have to be just about sport, either. This coming week will see the Nine Network unveil its big budget mini-series Gallipoli, a drama that promises outstanding production values and special effects. How would viewers not like the opportunity to see it in HD? How do networks not want to show off large scale productions like this in as premium format as possible? Millions of dollars and years of planning and production have gone into this series, why not give viewers the opportunity to better appreciate or experience the end product by simulcasting it with GEM?

HD technology is not new, it has existed since the last century and other countries are already looking at the next technology to take its place, but the Australian networks in their attitude and previous governments in their policies have ensured that high definition is barely being utilised to its proper potential despite viewers buying sets able to display it.

The networks will be the first to cry that viewers are abandoning them for alternative viewing options such as pay TV, streaming video on demand services or torrent sites, but at the same time seem intent on shooting themselves in their own feet by stubbornly adhering to restrictive practices and by not listening to their audience.

Permanent link to this article: https://televisionau.com/2015/02/hd-not-for-aussie-tv.html