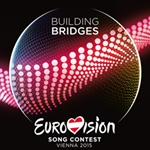 Australia has long held a fascination with the Eurovision Song Contest — with the annual pop extravaganza first being broadcast on SBS back in 1983 — but this year things step up a few dozen notches with the news that Australia will be competing at this year’s contest.

As part of the 60th year celebration of the Eurovision Song Contest, Australia has gained a once-off “wild card” entry to compete in the Grand Final, due to take place in Vienna, Austria, on 23 May.

SBS managing director Michael Ebeid said, “SBS has been broadcasting Eurovision for over 30 years and we have seen how Australians’ love of the song contest has grown during those years. Jessica Mauboy’s performance last year was a truly momentous occasion and achievement. This year we are thrilled to be advancing our involvement by sending an Australian artist to compete for the first time, and presenting Australia with our first opportunity to vote in the contest.”

But even if Australia wins the contest above the 39 other countries set to take part, the 2016 contest will not be coming down under but will still be hosted somewhere in Europe.

This wouldn’t be the first time that a winning country has not hosted the next year’s contest, it’s happened a number of times in Eurovision’s long history but usually it’s by choice rather than by rules. SBS is not a member of the European Broadcasting Union, which runs the contest, but is an Associate Member.

Australia competing in Eurovision will be a huge boost to SBS, which has built up the contest’s presence in Australia to this point with a full scale coverage hosted in recent years by Julia Zemiro and Sam Pang (pictured) as well as companion shows, such as Eurovision A To Z, The Heart Of Eurovision, The Road To Eurovision and The Eurovision Quiz Contest, an online presence and a pop-up digital radio station. Australia is no stranger to the Eurovision stage. Johnny Logan from Frankston, Melbourne, won the contest for Ireland in 1980 and 1987 and wrote Ireland’s winning entry in 1992. Olivia Newton-John represented the United Kingdom in 1974 (coming fourth) and Gina G did the same in 1996.

Newcastle-born Jane Comerford was part of the German entry in 2006, and last year Jessica Mauboy performed the interval act at the second semi-final.

Due to the time difference between Europe and Australia the contest events (two semi-finals and grand final) will be taking place from 5.00am Australian Eastern Standard Time, and Australia will be eligible to send its own points. The logistics in allowing Australians to vote for the two semi-finals and grand final are being investigated, while in line with usual Eurovision protocol, a jury will also be appointed to contribute to the tally.

With Australia now taking part, SBS will broadcast the grand final live from Vienna on the (very!) early morning of 24 May with its usual delayed telecast to follow that evening. Julia Zemiro and Sam Pang will again be hosting SBS’ Eurovision telecast.

Permanent link to this article: https://televisionau.com/2015/02/australia-gains-wildcard-entry-into-eurovision-grand-final.html