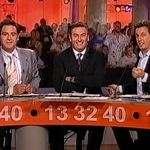 On Boxing Day 2004, an earthquake off the Indonesian coast triggered a tsunami that caused massive devastation to a number of countries including Indonesia, Sri Lanka, India, Thailand, the Maldives and Somalia. Over 200,000 people were killed by the tsunami with many more injured or unaccounted for. Whole towns and villages were decimated. Two weeks after the …

END_OF_DOCUMENT_TOKEN_TO_BE_REPLACED

Permanent link to this article: https://televisionau.com/2015/01/ten-years-ago-australia-unites.html Summer Bay babes slam their critics Three of the teen stars of Home And Away are not letting the snide remarks and criticism of their jobs get them down. Isla Fisher, who plays Shannon, says: “At 18, we shouldn’t be making this amount of money. We wouldn’t earn this at Macca’s and we wouldn’t earn …

END_OF_DOCUMENT_TOKEN_TO_BE_REPLACED

Permanent link to this article: https://televisionau.com/2015/01/retro-rage-the-tradition-continues.html

For years we’d been getting TV “free” — although we’d been paying for it all along with our taxes and indirectly through mark ups on anything we bought. But on 1 January 1995 — twenty years ago — television expanded into a new galaxy… literally. Pay TV had finally arrived. Like with most other media in …

END_OF_DOCUMENT_TOKEN_TO_BE_REPLACED

Permanent link to this article: https://televisionau.com/2015/01/paying-for-tvs-new-galaxy.html