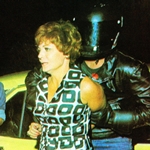 The Imperial Hotel in Sydney is next month celebrating the movie version of Number 96, forty years after its cinema release. (Update: Tickets now on sale through Ticketbooth)

In an era still of black and white TV, the original cinema release of Number 96 in 1974 gave fans of the show their first chance to see the apartment building and its characters in colour.

All the broad elements of the series — sex, nudity, farce, slapstick, melodrama — are featured in the movie but with more liberal censorship rules on the big screen certain elements are bumped up.

The film starts with Vera Collins (Elaine Lee) stranded after her car breaks down on a dusty, desolate road. Her relief at the sight of an oncoming group of bikies soon turns to horror when she is stripped and raped — all before the opening titles. 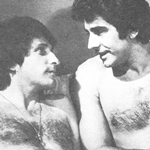 While recuperating at the home of socialite Clare Houghton (Thelma Scott), Vera becomes acquainted with prominent politician Nicholas Brent (James Condon). Their budding relationship hits a hurdle when Vera is introduced to his son, Tony (Patrick Ward). And while working with Maggie Cameron (Bettina Welch) on a new business venture, Vera is reacquainted professionally with the sexually ambiguous Simon Carr (John Orcsik), who was once the object of desire for both Maggie and Vera. Their relationship becomes more than professional but Simon’s failure to perform in the bedroom is followed by a date with Don Finlayson (Joe Hasham). 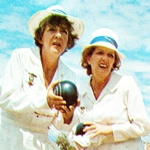 Meanwhile, in Flat 3, Dorrie and Herb Evans (Pat McDonald and Ron Shand) each have different ideas in mind when planning their upcoming ruby wedding celebrations, but the whole celebration becomes derailed when it appears that Dorrie has actually been married to the best man, Horace Deerman (Harry Lawrence), for all those years. Matters are made worse when Horace turns up at the Evans’ apartment reeking of methylated spirits and keen to get into bed with his “wife”. And Dorrie and Flo Patterson (Bunney Brooke) become fierce rivals on the bowling green when the position of captain of the senior citizen’s bowling club becomes available. 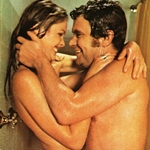 A fire in the flat of delicatessen owner Aldo Godolfus (Johnny Lockwood) wipes out his hidden cash savings and leads him to picking up a second job at a function centre to recoup his losses. Meanwhile, Les Whittaker (Gordon MacDougall) and Herb Evans embark on their own business venture, a sauna installed in the basement of Number 96. And Lucy Sutcliffe (Elisabeth Kirkby) encounters a stripping customer in the laundrette — emulating a similar scene that appeared in an early episode of the series — which proves an eye opener for Dorrie.

Emulating much the same rapid-fire production as the series, the Number 96 movie was filmed over 11 days, utilising the same studio sets as used by the TV series though some minor alterations to the set were made to allow for filming in colour. The movie also took on some location filming around Sydney, something of which was a rarity for the series.

Being filmed on 16mm does the movie no favours in presentation but fans still flocked to cinemas upon its release in May 1974 — a time when the show was top of the ratings. Despite the apparent flaws in production the movie is an entertaining time capsule of not just life at Number 96, but also of a less politically-correct Australia in the 1970s. Although the movie version of Number 96‘s Melbourne counterpart The Box a year later was a far more polished production it doesn’t quite match 96 in terms of entertainment.

The movie made a few appearances on television, even after the series had wound up production, but was then almost thought to be lost until a copy resurfaced in the mid 1990s, leading to a season of screenings at a number of independent cinemas before a national re-run on the Ten Network in 1996:

The movie was released on DVD in 2006, featuring audio commentary by TV historian Andrew Mercado, series creator and writer David Sale and cast member Elaine Lee. The DVD also included the 1976 special Number 96: They Said It Wouldn’t Last, produced in 1976 for the show’s 1000th episode, and a follow up feature, Number 96: The Final Years, including interviews with Sale and various cast members.

Permanent link to this article: https://televisionau.com/2014/10/number-96-movie-celebrates-its-40th.html