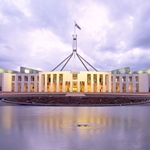 It was 25 years ago — 31 March 1989 — that Canberra and Wollongong overnight went from having one commercial television channel to three.

Southern NSW and ACT was the first such aggregated market to launch, as Prime (Orange/Dubbo/Wagga Wagga), WIN (Wollongong) and Capital (Canberra) would be broadcasting across each other’s markets in competition.

In the lead up to aggregation Prime formed an affiliation to the Seven Network, WIN to the Nine Network and Capital (now Southern Cross Ten) to Network Ten.

On the eve of their respective launches in Canberra and Wollongong, both Prime and WIN held lavish functions in Canberra — attended by celebrities from both Seven and Nine networks.

At the stroke of midnight, WIN made its on air debut in Canberra with opening speeches by Bruce Gyngell, the man who appeared on the first night of television in 1956, and Prime Minister Bob Hawke, who was seeing the fruition of his government’s aggregation policy. WIN’s first post-launch program was a special edition of MTV, hosted by Richard Wilkins from WIN’s launch party at the Lakeside Hotel.

Prime’s first program post-launch was the Seven Network’s midnight transmission of the US Today show from NBC.

Prime also presented a one-hour launch special on the evening of Friday 31 March. 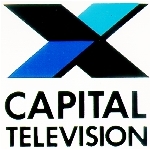 Despite the advent of the two new commercial channels and the arrival or return of shows like Hey Hey It’s Saturday, Home And Away, Beyond 2000, 60 Minutes, A Current Affair, Today and Sale Of The Century, initial ratings for the new three-station market in Canberra saw many local viewers remaining loyal to their former incumbent, Capital. This went against the capital city trend at the time which had Capital’s parent network Ten down in third place.

Capital won the survey with 38.5 per cent market share, followed by WIN (25.5%), ABC (16.8%), Prime (16.6%) and SBS (2.3%). Capital’s dominance was largely underpinned by its 6.00pm news hour, which drew in as much as 65 per cent market share, while Prime and WIN’s new local news bulletins were down to single figures. With such a lead at the start of the evening, viewers stayed with Capital into prime time.

As time went on and as local viewers became more accustomed to their new choices and adapted their sets to receive the new channels on UHF, viewing patterns in the aggregated markets would begin to closer resemble those of the capital cities.

Permanent link to this article: https://televisionau.com/2014/03/25-years-since-aggregation.html