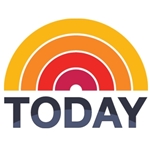 Since 1985, NBC’s Today has been beamed to Australian screens.  Hosted at that stage by Gumbel and Pauley, Today was the flagship of the Seven Network‘s News Overnight, starting every weeknight at midnight. As well as Today, News Overnight included newscasts and current affairs programs from the NBC and CNN networks.

While the News Overnight programming block was soon disbanded, Today (not to be confused with the Australian version of Today on Nine) continues as part of Seven’s overnight schedule – currently screening in an edited version at 4.00am on Tuesday to Saturday mornings, with the Sunday edition and NBC’s Meet The Press airing early on Monday morning.

NBC’s Today is also screened weekday mornings from 9.00am on the digital 7mate channel.

Permanent link to this article: https://televisionau.com/2012/01/nbc-today-at-60.html