Summer Bay shake-up!
A major shake-up is set to hit Home And Away — with four cast members to be written out by the end of the year. Scriptwriters have just mapped out the storyline to mark the exit of teacher Luke (John Adam), while on-again, off-again lovers Tug (Tristan Bancks) and Sarah (Laura Vasquez) are tipped to be next to go. Producers of the series are also said to be planning a mid-year exit for Roxy (Lisa Lackey, pictured), though producer Andrew Howie has refused to comment.  “We haven’t even entertained the idea,” he told TV Week. But recent interviews to Australian and British press where Lackey claimed her frustration at being a soap star and admitting to on-set tantrums have not endeared her to her employers.

‘I cringed when I watched that scene!’
Former Neighbours star Lochie Daddo has impressed the producers of GP with his portrayal of the lover of the series’ new doctor, Martin Dempsey (Damian Rice). But the 24-year-old actor admits to cringing when looking back at the couple’s love scenes. “I remember feeling very nervous,” he told TV Week. “I must admit I cringed a bit when I had to watch the kissing scene again. It was a difficult scene to film. The director kept saying, ‘I think we’ve got it, but we’ll do it again just to make sure’. I think we must have filmed that scene four or five times.” Despite his discomfort in taping the scenes, he is proud of what he has done and hopes it goes some way to stamping out homophobia. “There is so much more to a person than their sexuality,” he said. 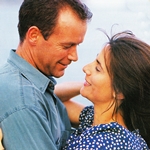 Raunchy Rescue!
Fans expecting to see Mickey (Gary Sweet) and Georgia (Sonia Todd) to finally get together in the upcoming Police Rescue movie are going to be disappointed — as Mickey pairs up with Constable Lorrie Gordon (Zoe Carides). “The last TV series ended with Mickey and Georgia kissing, so you thought they were finally together,” Carides told TV Week. “Now I find myself in the movie playing the character who takes Mickey away from Georgia. I’m bracing myself for some hate mail!” She also said that while the steamy scenes between her and Sweet might look passionate to audiences there is nothing romantic when filming them. “In reality such scenes are complicated. They involve choreography and rehearsal — they are very technical,” she said. “That’s not to say it wasn’t fun. Gary and I were laughing all the way through.” 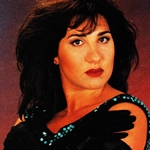 “An ABC documentary called Growing Up Fast makes a brave attempt to look at two generations and pinpoint some of the not-so-obvious differences between them. It is a story, as narrator Kym Wilson explains, that “starts with the generation that was going to stay young, be wild and live forever… and ends with the generation they made, but still don’t understand”. Growing Up Fast is a child of television itself — the medium has been there throughout those years to provide the archives. They include one classic glimpse — I think at the offices of the magazine Go-Set — of our own Ian ‘Molly’ Meldrum looking only just pre-pubescent! Perhaps in the year 2035, or thereabouts, someone will make a sequel to Growing Up Fast… that is, of course, if television hasn’t been superseded by then!”

Program Highlights (Melbourne, March 12-18):
Saturday: The Final of the Mercantile Mutual Cup dominates the day for Nine (9.59am to 1.30pm, then 2pm to 6pm), while Seven crosses to Waverley Park for the Semi-Final of the AFL Fosters Cup (8.30pm).

Sunday: Kate Paton hosts the live telecast of the Moomba Masters Waterskiing (12pm, Seven, and again on Monday). In Heartbreak High (6.30pm, Ten), Christina (Sarah Lambert) volunteers to coach the school soccer team, but finds herself in the hot seat when Danielle (Emma Roche) proposes to join the team. Sunday night movies are Honeymoon In Vegas (Seven), The Power Of One (Nine) and Hook (Ten).

Monday: In Home And Away (7pm, Seven), Michael (Dennis Coard) blames Pippa (Debra Lawrance) for driving his son out of the house. In Healthy Wealthy And Wise (7.30pm, Ten), Tonia Todman and Jim Brown discover the scenery, festivals, history and culture of Thailand, while Iain Hewitson prepares a Thai crispy fish salad.

Tuesday: In GP (8.30pm, ABC), Patrick Wales (Lochie Daddo) a gay man who offers his kidney to his sister Judy (Sonia Todd) for a transplant is refused by doctors as his sexuality is considered to be an unacceptable risk.  Former ABC host Andrew Denton makes his long-awaited debut on Seven with his new late night show, Denton (10.30pm).

Thursday: In Home And Away (7pm, Seven), Michael (Dennis Coard) fails to realise that his son has a deep secret. In Beyond 2000 (7.30pm, Ten), Iain Finlay examines the world’s first handheld electronic route-finder, and Dr Caroline West meets a professor who has developed a means to read the previously unreadable script of the Dead Sea Scrolls.