Networks brawl over supermodel
The ratings success of the recent Elle Macpherson (pictured) special focusing on her Bali calendar has seen all three commercial networks now vying for the rights to a follow up special during her upcoming promotional tour of Australia — although Ten‘s Inside Edition and Seven‘s Real Life have led the battle it appears that Nine will be the favoured contender because it aired the Bali special.

Celebrating five years of Burke’s Backyard
Burke’s Backyard host and producer Don Burke reflects on the state of the industry as the show, often regarded as the leader in the “infotainment” genre, celebrates its fifth birthday.  “I honestly think television is very staid and unadventurous and lacks creativity enormously,” he told TV Week.  “I find it appalling that we have to go and steal ideas from overseas.  Stacks of people walking the streets would be far more talented than most of us in television, and I’d love to give them a chance.  What television desperately needs is a new Mike Willesee or Graham Kennedy… desperately needs them.  Both of them are stunning performers and I would feel I’d made an extraordinary mark on television if I could find the new Willesee or Kennedy.  We in television are letting the industry down if we don’t innovate.”  Burke also has praise for relative newcomer Andrew Denton.  “I take my hat off to Andrew Denton because the man is doing Nineties television.  He is an awesome creative talent.”  Burke is also on the verge of selling Burke’s Backyard and a secret new concept, dubbed “Project X”, to British television.  The Nine Network already has first option on the “Project X” concept in Australia. 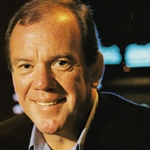 Streets ahead!
Current affairs legend Mike Willesee (pictured) talks to TV Week about his latest TV venture, the Nine Network series Street Stories.  The new show, set to air on Thursday nights, is labelled “actuality” television and takes viewers into scenes of real-life situations and focuses on the people who deal with them — the police, ambulance teams, firemen and nurses.  “The reporters don’t intrude.  We don’t have stand-ups and there is almost no voice-over,” he told TV Week.  “The reporters become producers and leave their brushes and combs at home.  The researchers become more important, the cameramen become more important and the producers become more important.”  Willesee also hints an ongoing screen presence at Nine in the year ahead but emphasises that he will not be replacing Jana Wendt should she continue with plans to step aside from hosting A Current Affair in 1993.  “I did 20 years of five nights a week and I really don’t need that anymore,” he said, adding that he is happy with the current arrangement of acting as stand-in host on the program as needed. 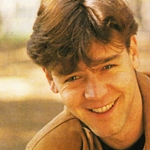 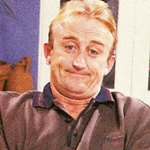 Lawrie Masterson: The View From Here
“My Two Wives is from Gary Reilly Productions and written by Reilly and John Flanagan.  It stars Peter Fisher (pictured) as solicitor Geoff Kennedy, who moves into an apartment with his second wife and daughter… only to discover that his first wife and two children live in the apartment below.  The opening episode, at least, is pleasantly bright and breezy, a promising start after the disappointment of the previous Reilly-Flanagan collaboration, Hampton Court.  If My Two Wives runs half as long as their other current sitcom, Hey Dad!, then I’m sure everyone concerned will be more than delighted.”

Program Highlights (Melbourne, September 6-12):
Sunday:  Nine has live coverage during the afternoon of the Preliminary Minor Semi-Final of the Rugby League Winfield Cup from Sydney, while ABC presents a one-hour highlights package of the match in the evening.  Sunday night movies are Pretty Woman (Seven), Lethal Weapon 2 (Nine) and the movie classic The Sound Of Music (Ten).

Monday:  ABC begins its coverage of the Paralympic Games from Spain, with a nightly half-hour package of highlights at 6.00pm.  In A Country Practice (Seven), Esme (Joyce Jacobs) and Frank (Brian Wenzel) are in for a shock when Harry (Andrew Blackman) and Kate (Michelle Pettigrove) decide to live together.  SBS arts program Masterpiece features Australian band Yothu Yindi performing at the Marquee Club in London.

Tuesday:  Nine debuts sitcom My Two Wives, starring Peter Fisher, Linda Newton, Morna Seres, Kym Valentine and Brett Blewett. In Beyond 2000 (Seven), Amanda Keller unravels some of the mystery behind air disasters, Tracey Curro takes a crash course in motorbike racing, and Bryan Smith reports on the badge that will stop employees from unauthorised entry into certain areas of the workplace.  In Sylvania Waters (ABC), Dione tries to persuade Paul to have a buck’s party before their wedding, while Laurie and Noeline plan their trip to Europe. 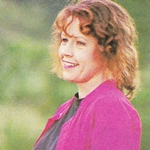 Wednesday:  Noni Hazlehurst (pictured), John Hargreaves, Deborra-Lee Furness and Ray Barrett star in the telemovie Waiting, based around a surrogate mother-to-be and the gathering of friends in the lead up to the birth of the baby.

Thursday:  In Police Rescue (ABC), Mickey (Gary Sweet) and the new man on the squad (Russell Crowe) rescue a protester from the side of a skyscraper.

Saturday:  ABC and Nine both present live coverage of the First Minor Semi-Final of the Winfield Cup.