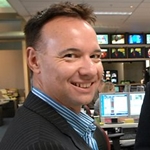 Mott’s resignation, which was effective immediately, comes only days after the cancellation of talent show Everybody Dance Now after only four episodes.  The big-budget series, hosted by Sarah Murdoch (wife of Ten chairman Lachlan Murdoch) and featuring American ‘dance mentors’ Jason Derülo and Kelly Rowland, debuted against the final night of competition at the London Olympic Games to an audience of only 598,000 (OzTAM, 5 cities).  Even with the Olympics over, Everybody Dance Now fell to as low as 304,000 viewers before lifting to 385,000 last Sunday.

Given the expense and profile of the show it would need to have hit at least a million viewers to be considered a success.

The launch of another talent series, I Will Survive, this week also returned poor figures up against Big Brother on Nine and The X Factor on Seven, while Don’t Tell The Bride and the return of Can Of Worms also struggled.

But despite the disappointing launches of the last two weeks Mott’s track record of the last 16 years includes many successes for Ten, including the launch of event-based franchises Big Brother, Australian Idol, The Biggest Loser and MasterChef Australia.  The success of those programs has seen the genre of reality, or “shiny floor”, formats dominate prime-time schedules of its rival networks Seven and Nine.

Other programs to launch under Mott included The Panel, Rove Live (after Nine passed on the show in 1999), Thank God You’re Here, Hamish And Andy specials, Talkin’ ’bout Your Generation, So You Think You Can Dance Australia, The (7PM) Project, Rush, Offspring, Bikie Wars: Brothers In Arms and Puberty Blues.

Ten was also the first network to move away from the age-old tradition of screening Sunday night movies.

In a statement issued by Network Ten, Mott said:

“It’s a sad day when you say goodbye to friends and colleagues, and leave a place you hold so dear. But it’s a great day when you take stock on what has been achieved over 16 fantastic years.  I am proud of the bold programming decisions we have made at Ten over that time, because without risk there is less chance of success.

“In a job where you live and die by the numbers, perhaps I’ve been luckier than most.  It’s been a great ride, and I’ve loved every second of it.  I leave behind a focused and committed creative team and I wish them all the best for the future.”

Network Ten has been in a state of change over the last two years, since James Packer and Lachlan Murdoch made their bold investment in the network.  Although Mott has stayed this long other senior management, such as CEO Grant Blackley, chairman Nick Falloon, sports director David White and news director Jim Carroll, moved on either voluntarily or otherwise.  Murdoch became interim CEO, later to become Chairman when former Seven executive James Warburton was appointed CEO.

Under Murdoch’s control, Ten’s sports channel One HD was wound back to a general entertainment channel, Ten walked away from AFL coverage and put the axe to Video Hits and Ten Late News (though both have since resurfaced as new formats).  Digital channel Eleven began to rely more on time-shifted content from the main Ten channel, and Ten appointed commentator Andrew Bolt and NZ broadcaster Paul Henry.  Bolt’s arrival was seen by some as a concession to mining magnate Gina Rinehart, who is a major shareholder in the network and is supportive of Bolt’s influence. 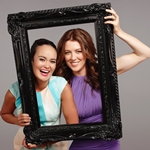 The network has also attracted widespread criticism for adopting ‘trash’ programming such as Being Lara Bingle, Don’t Tell The Bride and The Shire, and for axing morning program The Circle (pictured) in favour of the lower-rated Breakfast and a raft of US talk shows.

Reworkings of former hits Young Talent Time and It’s A Knockout failed to make a significant impact with viewers.

The network also failed in its bid to secure the rights to the NRL, with the Nine Network and Foxtel this week succeeding in maintaining broadcast rights for the next five years.

Media reports suggest that there has been tension between Warburton and Mott, and that some of the more recent programming initiatives were less of Mott’s making as certain portfolios were taken out of his control.

Since the Olympic Games Ten has fallen to fourth place in the ratings, behind ABC, for the first time in living memory.

Network Ten’s share price is currently sitting at around 40 cents, compared to 80 cents six months ago and $1.30 in October 2010.

Permanent link to this article: https://televisionau.com/2012/08/ten-loses-programming-chief.html