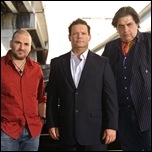 When Network Ten announced in 2008 that it had purchased the MasterChef franchise to replace Big Brother as a major reality format, there were more than a few people that scoffed.  Who would want to watch a cooking competition in prime-time?  After all, the benchmark of cooking contests on Australian TV had been set with Ready Steady Cook – and it was well short of being a national phenomenon.

But Ten and the show’s producers, Fremantle Media, reworked MasterChef so that it bore little resemblance to its UK original.  When the show launched in Australia in April last year, it got off to a solid ratings start and as the series progressed it became a major player in the 7.00pm timeslot for Ten.  The show’s three judges, chefs George Calombaris and Gary Mehigan and food critic Matt Preston, went from being relative unknowns to instant celebrities – with Preston picking up a TV Week Logie for outstanding new talent earlier this year. 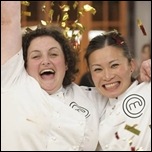 With the show’s popularity snowballing it was perhaps no real surprise that the season finale between Julie Goodwin and Poh Ling Yeow returned the highest ratings of any non-sporting telecast since OzTAM records began in 2001.  Winning the series led to Goodwin releasing a top-selling cookbook, Our Family Table, and appearing in a string of commercial endorsements as well as a regular segment on Today and a column in The Australian Women’s Weekly.  She has also about to launch a new show, Home Cooked, on the Nine Network.  Series runner-up Yeow also gained a high-profile role, hosting a weekly TV series, Poh’s Kitchen, on ABC1 and gaining a publishing deal with ABC Books.

So with the second series preparing to launch earlier this year, the rival Seven Network sought to rain on MasterChef’s parade and brought out their own cooking show – My Kitchen Rules, a so-called original format that was really just a mash-up of elements of MasterChef and a UK show, Come Dine With Me, added with the ‘State versus State’ component of its former My Restaurant Rules and pinching two celebrity chefs who had appeared as guests on MasterChef.

My Kitchen Rules never quite hit the same heights of MasterChef’s public support, but it didn’t do too badly, either, giving Seven some very good early evening ratings.  The problem is, though, that the show did little to spoil the public’s appetite for cooking shows and left them wanting more.

So when series two of MasterChef arrived earlier this year, it hit the ground running and immediately returned ratings that took some weeks to materialise in the first series.

And, like the first series, the public’s fascination with all things MasterChef continued to grow as the series progressed, turning MasterChef into a confirmed $100 million product on the back of advertising, merchandise and cross-promotion activities.

Appearing six nights a week and hitting around two million viewers each night by the end of the series, Ten was looking at making history again with last weekend’s season finale.  So much had the show struck a chord with the general public that Sunday’s election debate between Prime Minister Julia Gillard and Opposition Leader Tony Abbott had to be re-scheduled to avoid being unwatched up against the kitchen battle between South Australians Callum Hann and Adam Liaw. 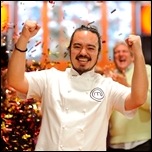 And, sure enough, history was made again.  When Liaw (pictured) was announced as the second series winner, an average of 5.2 million viewers (across five cities and major regional markets) were watching – a number that surpassed last year’s season finale and again ranked it as the most watched non-sports program since 2001.  The program, spread over two hours, gave Ten an overall share of 41.8 per cent of the Sunday night audience – well ahead of Seven (19.0%) and Nine (15.7%) – a figure that could secure Ten the entire week regardless of whatever results it receives over the rest of the week.

The public’s connection to MasterChef has ignited its fascination and knowledge of food – like Nine’s earlier series The Block sparked a passion for home renovation – and has resonated well with children, who will recite recipes that they saw on the show, and who will no doubt provide the perfect ratings springboard for when Junior MasterChef starts later in the year.

The immense popularity of MasterChef has again seen the Seven Network taking up more food-related formats in a bid to undermine the MasterChef phenomenon, or at least try to cash in on some of the show’s success.  As well as producing a second series of My Kitchen Rules the network has bought the format rights to produce a local version of the Japanese show Iron Chef (seen here on SBS1) and is also reported to be planning a local adaptation of Canadian series Conviction Kitchen.

In the meantime, here’s hoping that with the extra kilos that we might stack on thanks to the inspiration from MasterChef, that another series of The Biggest Loser will be around in the new year to inspire us to lose them!