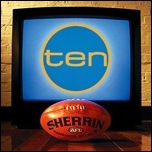 Network Ten has announced that it will walk away from AFL coverage at the end of this year’s season as it will not seek to enter into an agreement to take over any of the Seven Network’s commitment to the game from next year.

“It is a bit of a shame. It’s the choice of the network. It’s purely a business decision.  Everyone is disappointed but understands the decision.

“We are really, really proud of what we achieved. I am proud of the people that I have worked with over the years. I think Ten should be recognised for the contribution it made to the game because no-one has done more for broadcasting the game than the Ten Network in NSW and Queensland.

“We put more game into NSW and Queensland in prime time than any other broadcaster in the history of the game. That was one of the reasons they (AFL) are expanding into these northern markets because of the real back-breaking work the Ten Network did over the last 10 years.”

Ten’s commitment to AFL started with the 2002 season when they teamed up with Nine and Foxtel in a landmark five-year deal that saw the game’s television broadcast rights taken off Seven, which had broadcast the AFL and its predecessor – the VFL – for all but one season since 1957.

For the 2007-2011 rights deal, Ten partnered with Seven in a deal worth $780 million – at the time the largest sports broadcasting rights deal ever in Australia – with some games sold off to Foxtel. 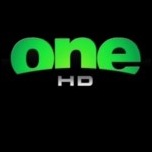 Ten’s commitment to AFL was strengthened in 2009 with the launch of high-definition sports channel One, where AFL was the flagship of the schedule.  The channel enhanced its AFL coverage with programs including One Week At A Time.

Ten had been a bidding partner with Seven for the 2012-2016 contract but withdrew from the process at the last minute following the arrival of interim CEO Lachlan Murdoch.

Under Murdoch, Ten has also wound back some sports programming from One in favour of special interest and general entertainment programming.  The removal of AFL from the schedule may see more changes to the channel’s schedule.

The future of One’s One Week At A Time and Ten’s long-running Before The Game beyond the end of this year is uncertain though there is some speculation that the latter may go across to Seven, a network whose track record with AFL-themed entertainment programming has been rather patchy.

In securing the free-to-air rights to the 2012-2016 seasons, Seven had the option of on-selling some of its weekly commitment of four free-to-air games to another network.  Up until now Ten was believed to be considering taking on two weekly games.  Nine is not believed to have been interested.

Now from 2012, Seven will broadcast four weekly games plus the Brownlow Medal, all finals and the Grand Final.  The network is also expected to utilise its high-definition channel 7mate for selected coverage outside of Victoria.

“We are excited about the prospect of carrying all the AFL games for which we bid.  But we wish to acknowledge that Channel Ten has been a terrific AFL broadcast partner for the past five years, and their commitment to the game over the past decade. We understand and empathise with how difficult these decisions can be.”

Permanent link to this article: https://televisionau.com/2011/06/the-last-bounce-for-tens-afl.html