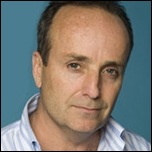 There continues to be upheaval in the executive ranks at the Ten Network, with the network’s news director Jim Carroll (pictured) to step down from his position.

With a background in print, radio and television journalism, including foreign postings, Carroll joined Ten in 2000 before being appointed head of news and current affairs in 2005.  It is reported that he will be considering new opportunities within Ten.

He will be replaced by the network’s Melbourne news director Dermot O’Brien – a former Seven Network journalist and producer of the Hinch program at the Seven and Ten networks before taking over as news director at Ten in Melbourne in the mid ‘90s.

Carroll’s news portfolio faced a big-budget revamp earlier this year with the network expanding its news line-up to include 6PM With George Negus and a separate news bulletin at 6.30pm to complement the long-running 5.00pm news hour.

Following a lack lustre ratings result the line-up was revised two months later to see the Negus program moved and re-named to 6.30pm and the 5.00pm bulletin extended to 90 minutes.  The revision has seen a modest improvement in ratings but Ten’s 6.00pm hour still trails well behind rivals Seven and Nine.

The news expansion, and the cost associated with it, has been the subject of much scrutiny since the arrival of James Packer and Lachlan Murdoch to the network’s board, and some public criticism from board member Bruce Gordon, owner of regional network WIN – a Nine affiliate.

The reshuffle at the board has since seen Ten group CEO Nick Falloon resign, followed by the departure of his replacement Grant Blackley who was previously CEO of the Ten business.  It was under their management that the strategy behind the news revamp was developed. 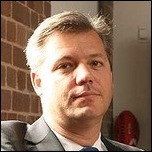 Murdoch was since appointed interim CEO of the Ten group, with former Seven sales executive James Warburton (pictured) appointed to formally take over the role from January.

Under interim CEO Murdoch, Ten has also revised its multi-channel strategy by cutting back some of the sports content from high-definition channel One and implementing more special interest and general entertainment programming in prime-time.  The network had also withdrawn from a joint bid with the Seven Network for the rights to broadcast AFL from 2012 to 2016, although the option may still exist for Seven to on-sell some of its commitment to Ten.