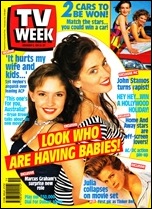 Great expectations!
Seven Network publicists couldn’t believe their luck when it was discovered that key characters in both Home And Away and A Country Practice will discover they are pregnant in the same week. In Home And Away, teenager Sophie (Rebekah Elmaloglou) faces the prospect of being a single mum, with the baby’s father David (Guy Pearce) recently killed in a car accident. The outlook is a bit more optimistic in A Country Practice with Lucy (Georgie Parker) and husband Matt (John Tarrant) overjoyed at the news that they are going to become parents.

New series spin-off for Wheels!
The producers of E Street are developing a spin-off series to star Marcus Graham, who recently reprised his role of Wheels in the Network Ten series. The new series, described as a police action-drama, is set to star Graham as a streetwise undercover cop. A pilot for the concept is to be produced after Graham has finished his commitment to E Street at the end of this year. The Nine Network is said to be interested in the project. 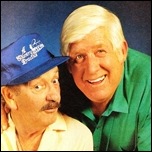 ‘Goodbye, boys and girls…’
A Country Practice stalwarts Syd Heylen and Gordon Piper will soon make their final farewells from the long-running series after ten years, and both are at a loss to understand why two of the show’s most popular characters are being written out – although Heylen suspects the show’s new focus towards younger viewers has led to this outcome despite the pair being loved by younger and older viewers alike. But despite the disappointment of being written out of the series, they say they would not have missed ten years with ACP for anything. Piper says he is forever grateful to producer James Davern and Lyn Bayonas for offering him the Bob Hatfield role. “Bob gave me the chance to play so many things – the town boofhead, the scallywag, the grandfather, a community spirit, everything,” he told TV Week. Heylen fondly remembers the time that “real beer” was put behind the bar on the set.  “Fair dinkum beer,” he recalls. “Before that I had to serve lolly water or juggle beer out of cans – as well as remember my lines.” The pair will tape their final scenes for A Country Practice in December but will continue to be seen on air until March.

Briefly…
Former Perfect Match hostess Tiffany Lamb has returned from the US after 10 months and has taken on two very different roles. The first will be as a prostitute in Nine’s adult drama Chances, and the second will be as a schoolteacher, Mrs Fish, in the upcoming children’s production Lift Off.

Showbiz legend Toni Lamond is tackling a new venture – her first novel. After the success of her emotional and revealing autobiography The First Half, her new project is a fictional tale of life in the showbiz industry.  “It’s racy and risque,” she said. “I’m surprising myself.  Writing has kept me sane in those out-of-work periods – the bane of an actor’s life.”

Actress Melissa Thomas, who played the studious Brigid in Brides Of Christ, is returning to television again as a student but in a very different role. In Network Ten’s new comedy Late For School, Thomas will play the role of Lily Price, a student coping with the embarrassment of being in the same class as her mother, played by Sarah Chadwick. The new series will also star Ross Higgins and Matthew Newton.

Garry Shelley’s Sound Off
”On Tuesday night, the ABC’s first-rate drama series GP signs off for another year but the good news is, it will be back again in February. However, the bad news is we’ll be losing lovely Judy McIntosh, who for the past 18 months has won a lot of hearts through her role as Dr Nicola Tanner. I’m sorry she’s leaving, but I understand her replacement, Dr Tessa Korkidas (Marilynne Paspaley), will win us over before we can say myocardial infarction. GP is good, honest television, extremely well-written with an even blend of the serious and humourous. It tells us how it really is, and is not afraid to pack a punch. This is not namby-pamby stuff – it’s explicit, it shocks and it doesn’t snigger behind its hand.” 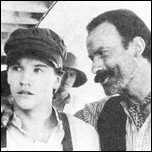 Tuesday: In Beyond 2000 (Seven), Simon Reeve visits Japanese electronics giant Matsushita who have devised a system where the customer determines the dimensions and particulars of the bike they want, and Dr John D’Arcy reports on an instant pap smear that could revolutionise cancer detection. In All Together Now (Nine), Wayne (Bruno Lucia) is on the run from an Italian gangster – the episode guest stars Vince D’Amico. In Chances (Nine), Alex (Jeremy Sims) meets a nun who may be able to help him piece together his past.

Wednesday: In E Street (Ten), the neighbourhood comes together for the funeral of a favourite son.