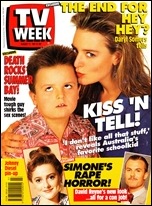 The end for Hey Hey?
Nine Network executives may have be sent into a mild state of panic following a statement from Daryl Somers that he may be looking at ventures other than Hey Hey It’s Saturday in the not-too-distant future.  “It is not a foregone conclusion that Hey Hey will be on next year,” he said.  “This is the last year of our current three-year contract and we’ll certainly be talking to Channel Nine.  I love doing the program, but there are a lot of things I want to do apart from Hey Hey.  I’ve had to turn down two roles in London stage shows, whereas I’d like to be able to do these things because years down the track I may not get the opportunity.”  Meanwhile, plans are continuing for Hey Hey’s Hollywood-based special to be held later this year for the show’s 20th anniversary. 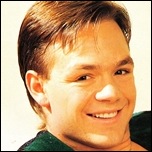 Horror head-on!
In a dramatic episode of Home And Away to screen this week, who will survive Summer Bay’s tragic car crash?  It is only known that David (Guy Pearce) and Adam (Mat Stevenson, pictured) are involved in the head-on crash – but only one will survive.

Just another quiet night in suburbia…
A car bomb which leaves two police officers dead launches the new ABC police drama Phoenix.  The explosive scene was enacted outside the Camberwell Civic Centre in Melbourne.  Surrounding streets had been blocked off by police as a Ford Falcon loaded with more than a dozen charges was detonated, triggering a 20-metre high fireball.  Almost 100 cast and crew and six cameras were involved in the production of the explosion. 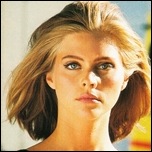 Briefly…
The Bugs Bunny Show host Sophie Lee (pictured) is philosophical about rival Network Ten’s bid to knock the popular cartoon show down a few notches by recently launching a music video show, Power Cuts.  “I’ve read about it, but that’s cool,” she said.  “I don’t know the people involved.”

Simone Buchanan was looking forward to a change from comedy when she left Hey Dad! – and that’s exactly what she got when she took on the role of a rape victim in A Country Practice in episodes to go to air this week.  “It will allow me to break free from the typecasting from Hey Dad!,” she told TV Week.  “The ACP scenes are some of the heaviest I’ve ever been involved with.  They left me feeling emotionally and physically exhausted.  I had 19 scenes in a row.  I had to cry in all of them!”

The Barcelona Olympic Games are less than a year away and the Seven Network, given its recent financial instability, is under pressure to deliver results for the $40 million it paid for the Australian television rights.  “This will be the biggest-ever single undertaking by an Australian television network,” Seven’s network sports director Gary Fenton told TV Week.  “We’ll be taking about 150 people across, building a complete studio over there, then dismantling it all and bringing it back home.  What we plan to do is make sure that viewers see more of the Australians competing at the Games than ever before.”

John Laws says…
”Why, I wonder, would the main ABC employees’ union and the Friends Of The ABC organisation be “surprised” – as they say they are – by the ABC’s offer of a new five-year contract to managing director David Hill?  Is it because Hill dances to the beat of a different drummer?  Opposition to Hill being reappointed must, I guess, be expected because the past few years have been heady and controversial ones for the ABC.  But it’s probably never had a higher profile right around Australia, and that’s due in no small measure to Hill’s input.  Staff-management problems are to be expected in an organisation the size of the ABC, and there’s no doubt Hill has had to make some necessary – and to some people, unpleasant – decisions about staffing levels, programming and future direction.  The next five years are going to pose fresh challenges to the ABC because TV is changing all the time, and there are going to be new demands on the national broadcaster, not least of which is the possibility that, one day, it is going to have to accept some form of advertising and sponsorship.  There will also be the challenge of pay-TV.”

Program Highlights (Melbourne, August 17-23):
Saturday:  On the anniversary of the death of Elvis Presley, Seven devotes much of its afternoon and evening schedule to paying tribute – with movies Kissin’ Cousins, Elvis On Tour and Jailhouse Rock and a two-hour special The Elvis Files, presented by Bill Bixby, that promises “startling new information surrounding Presley’s death and the very real possibility that he is still alive.”  This week’s guests on Hey Hey It’s Saturday (Nine) are Craig McLachlan, Rita Rudner, Cameron Daddo and Cathy Dennis. 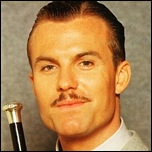 Sunday:  Nine presents the long-awaited debut of two-part mini-series Golden Fiddles, starring Cameron Daddo, Rachel Friend, John Bach, Kate Nelligan, Pippa Grandison, David Reyne (pictured) and Adriana Xenides.  Golden Fiddles tells the story of the struggles of the Balfour family during the depression of the 1920s, and the news which could offer them a happy and prosperous future.  Sunday night movies are Cocktail (Seven) and Death Hunt (Ten).

Tuesday:  ABC presents a direct telecast from Canberra of the first Budget speech from Federal Treasurer John Kerin.  Beyond 2000 (Seven) reports on a new discovery that may lead to a better contraceptive; and the Norwegians have developed a revolutionary system for beating rising damp.  GP (ABC) presents a special episode dedicated to Camp Quality which gives unique holidays to children with cancer.

Thursday:  In The Flying Doctors (Nine), Clare’s (Beverley Dunn) life is turned upside down when her old flame arrives in town for the opening of Steve’s (Paul Kelman) new garage.  In E Street (Ten), the new marriage between Lisa (Alyssa-Jane Cook) and Michael (Graham Harvey) could be on shaky ground – is she still in love with Wheels (Marcus Graham)?

Friday:  Star Search – The Next Generation (Ten) presents a ‘celebrity special’ looking at past guests and winners.