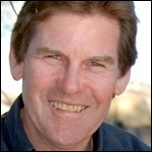 And last night came news that Ian Carroll, who recently retired from his role as director of innovation at the ABC, has died from pancreatic cancer.

Lockyer, Bean and Ticehurst were on board a helicopter while on assignment producing news and feature stories at Lake Eyre in South Australia.  The aircraft is believed to have crashed around 7.30pm Thursday night.

It is not known what caused the crash but it is believed that there was bad weather in the area at the time.

Lockyer, 61, was a journalist with over 40 years’ experience, most of them at the ABC in various roles, including foreign correspondent postings and reading the news, but also worked for the Nine Network for more than a decade.

His reporting from the Sydney Olympic Games for the ABC earned him a Logie award for most outstanding news reporter.

In recent times he had focused on covering regional issues for ABC and reported extensively on the drought-breaking floods that have hit eastern Australia.  In 2009 and 2010 he reported from Lake Eyre on the biggest floods to hit central Australia in a generation.

He is survived by wife Maria and two sons. 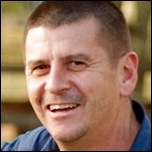 Camera operator Bean (pictured), 48, had been with ABC for more than two decades, working not only in News but also on programs including Catalyst, The New Inventors, Gardening Australia and Australian Story.  He also worked at the ABC’s Washington bureau during 2009.  He is survived by wife Pip Courtney, a reporter for ABC’s Landline program.

Ticehurst, 60, had been the ABC’s lead helicopter pilot since the mid 1980s and with over 16,000 hours of flying time was one of Australia’s most experienced media pilots.  He is survived by wife Therese. 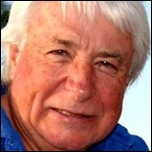 While covering the Sydney to Hobart yacht race in 1998, Ticehurst (pictured) was instrumental in the rescue of 14 crew members from stricken yacht Business Post Naiad, which lost a skipper and crew member.

ABC’s current affairs program 7.30 last night devoted its entire program to the dedicated trio, and a tribute site has been produced by ABC Online. 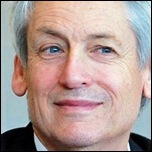 Carroll, 64, was involved in the development of ABC news and current affairs productions including Four Corners, Nationwide, The National, Lateline and The 7.30 Report and went on to be chief executive of the ABC’s international satellite channel Australia Network.

He also spent a brief period at the Nine Network.

Since 2007 he had led the broadcaster’s innovation portfolio, overseeing the launch of two digital channels and the popular online catch-up service iView as well as mobile applications and the development of ABC Online.

He was diagnosed with cancer a year ago but continued to work up until two weeks ago.

He is survived by wife, veteran ABC identity Geraldine Doogue.