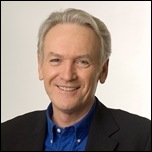 The half-hour program, based in South Australia, started in March 2005 and since then has featured almost 250 guests from all walks of life. The program has delivered a startling insight into its guests’ backgrounds and personal and professional histories as well as highlighting some of the significant moments and people in their lives.

Permanent link to this article: https://televisionau.com/2010/11/final-episode-for-talking-heads.html