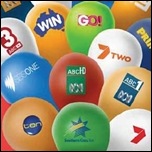 It is almost here.  This Wednesday, 30 June, marks the first analogue switch-off in Australia as Mildura/Sunraysia becomes the first region to be completely digital.

At 9.00am Mildura’s television broadcasters – WIN, Prime, ABC and SBS – will switch off their analogue transmitters, marking an end to almost 45 years of analogue television transmission in the district.  And no doubt by about 9.02am it will be apparent if the analogue shutdown will have caused any heartache for locals, particularly young children who could well be missing out on Play School! 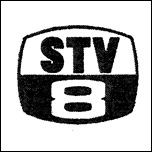 Mildura’s first TV station was ABC station ABMV4, debuting on Monday 22 November 1965.  STV8, originally scheduled to launch on 20 November, had been delayed slightly and made its debut on Saturday, 27 November 1965.

STV8 later partnered up with regional channels BCV Bendigo and GLV Gippsland and in the ‘80s they became known as Southern Cross TV8 and then Southern Cross Network.  In 1989, STV8 was sold to ENT Limited, owners of BTV6 Ballarat and GMV6 Shepparton, and joined their network, known as VIC TV, in January 1990.  In 1994, VIC TV became part of the WIN television network. 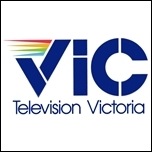 As Mildura was omitted from the Government’s aggregation policy mapped out for regional areas in the 1980s, it wasn’t until 1997 that Prime Television was licensed to operate a competing commercial television service.  SBS was expanded to the region also during the ‘90s.

In 2006, the region received a third commercial channel, Ten Mildura, which has always broadcast exclusively in digital – leading to Mildura having a faster transition to digital than most other markets in Australia.

In the last month, relay transmitters have been launched in the areas of Robinvale and Underbool to address pockets of patchy reception of the digital channels.  The transmitters will relay ABC, SBS, WIN, Prime and Ten Mildura and their associated multi-channels to viewers in the immediate area.

But while the Government is confident that the analogue switch-off will go without too much trouble, not everyone shares their enthusiasm.  The local National Party member John Forrest has repeatedly called on the Government to postpone the analogue shutdown while the remaining reception blackspots are resolved and any viewers still affected have time to access the recently-launched satellite service.  “There will be black screens,” he told The Australian.  “I’ll find out (how many) on Thursday because the phone will run red-hot.”

To mark the occasion of the local analogue switch-off, there will be a sausage sizzle and Family Fun Day at Mildura Wharf from 7.00am on Wednesday.  As well as representatives from the networks and the Government, including the Minister for Broadband, Communications and the Digital Economy, Senator Stephen Conroy, the event will be attended by Prime’s TV mascot, Prime Possum, along with Digital  Freddy, representing the government’s switchover campaign.

The national morning shows are also expected to cross to Mildura to mark the occasion and to remind viewers nationwide that the analogue shutdown will be rolled out progressively across Australia between now and 2013.

More information on the analogue switch-off in Mildura can be found at the Federal Government’s Digital Ready website or by contacting 1800 13 20 13.

Permanent link to this article: https://televisionau.com/2010/06/june-30-is-d-day-for-mildura.html