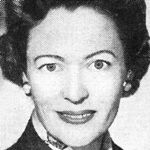 Actress Mary Ward, best known as Jeanette “Mum” Brooks in Prisoner, has died peacefully in a nursing home at the age of 106. Born in Western Australia in 1915, she went to the United Kingdom in the 1930s to pursue a successful acting career. She had just signed a long term contract to work at …

END_OF_DOCUMENT_TOKEN_TO_BE_REPLACED

Today marks the 60th anniversary of the launch of ABC television. ABC’s first station to go to air was ABN2 in Sydney, operating from studios and a temporary transmitter based at Gore Hill in Sydney. However, construction at Gore Hill was not completed in time for opening night — leading the ABC to utilise its orchestral …

END_OF_DOCUMENT_TOKEN_TO_BE_REPLACED

Permanent link to this article: https://televisionau.com/2016/11/tv-at-60-opening-night-of-abc.html