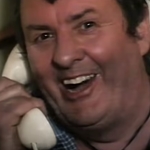 Actor Tommy Dysart, best known from Prisoner and the Yellow Pages “Goggomobil” commercials, has died at the age of 86. One of the first students enrolled at the National Institute Of Dramatic Art (NIDA) when it opened in 1959, Dysart’s acting career began in theatre. He soon made his television debut with a guest role …

END_OF_DOCUMENT_TOKEN_TO_BE_REPLACED 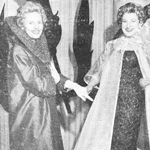 Sixty years ago, as we were coming to an end to 1960, ABC was planning an ambitious variety special to welcome 1961. Sixty-One, Here We Come! was a 65-minute program produced at the studios of ABV2, Melbourne, and in a rare technical feat was relayed via microwave links for direct broadcast in Sydney. American-born actress …

END_OF_DOCUMENT_TOKEN_TO_BE_REPLACED 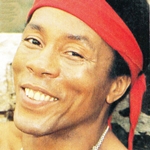 Ronne Arnold, dancer, choreographer and actor, has died in Sydney. Born in the US in the late 1930s (“it could be 1938 or 1939,” he told The Sydney Morning Herald in 2013), he came to Australia in 1960 to star in the stage production of West Side Story. What began as an intended six-month stay …

END_OF_DOCUMENT_TOKEN_TO_BE_REPLACED

Actor Ron Haddrick, star of Australian stage, film and television, has died at the age of 90. Born in Adelaide in 1929, his career began at the Tivoli Theatre in Adelaide in the 1940s. He was then successful in joining the Shakespeare Memorial Theatre (now the Royal Shakespeare Company) and worked overseas with names like …

END_OF_DOCUMENT_TOKEN_TO_BE_REPLACED

The Stranger was billed as Australia’s first science-fiction television series when it debuted on ABC in April 1964. Twelve half-hour episodes were produced over two series, screening on Sunday nights. The Stranger tells the story of three children who decide to investigate a mysterious arrival at their school — Adam Suisse (Ron Haddrick, pictured), who …

END_OF_DOCUMENT_TOKEN_TO_BE_REPLACED

Permanent link to this article: https://televisionau.com/2020/02/60s-sci-fi-the-stranger-now-online.html