Actor Ron Haddrick, star of Australian stage, film and television, has died at the age of 90.

Born in Adelaide in 1929, his career began at the Tivoli Theatre in Adelaide in the 1940s. He was then successful in joining the Shakespeare Memorial Theatre (now the Royal Shakespeare Company) and worked overseas with names like Laurence Olivier, Vivien Leigh, John Gielgud, Peggy Ashcroft and Michael Redgrave.

He returned to Australia in 1959 and went on to work for nearly every major theatre company. He also starred in radio dramas, movies and television. One of his first TV roles was as Adam Suisse in the children’s science-fiction series The Stranger — which only recently has been released on ABC iView, more than 50 years since it was last broadcast. 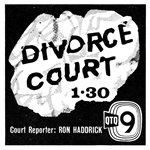 In 2012 he received the Equity Lifetime Achievement Award and in 2013 he was awarded a Member of the Order of Australia medal.