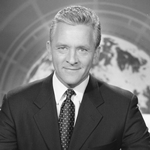 Melbourne ABC newsreader Ian Henderson has announced that he is retiring from reading the 7.00pm ABC News. Henderson, who has been with ABC for almost 40 years, has been the chief newsreader for the Victorian bulletin since 1992 (pictured). In a statement issued by ABC, Henderson said: “After a long and rewarding career at the ABC, …

END_OF_DOCUMENT_TOKEN_TO_BE_REPLACED

ABC’s long-running current affairs program The 7.30 Report is about to get a refresh – with new hosts and a new name. From March next year, the program will be re-named 7.30 and will have two hosts, Leigh Sales and Chris Uhlmann, replacing Kerry O’Brien who is soon to finish up on the program after …

END_OF_DOCUMENT_TOKEN_TO_BE_REPLACED

Permanent link to this article: https://televisionau.com/2010/12/coming-soon-the-7-30-refresh.html 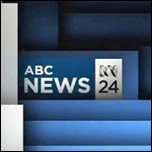 The initial program schedule for ABC’s news channel, ABC News 24, has been unveiled just a few days before the channel’s launch. The new channel, broadcasting on high-definition channel 24, kicks off at 7.30pm AEST this Thursday. The launch special will air in simulcast with ABC1 at 7.30pm (local time). The prime-time schedule for the …

END_OF_DOCUMENT_TOKEN_TO_BE_REPLACED

Permanent link to this article: https://televisionau.com/2010/07/abc-news-24-programming-unveiled.html