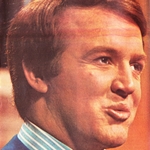 Ken Sparkes, for many years the “voice” of the Nine Network, has died at the age of 76. It is reported that Sparkes died overnight (Australian time) of a heart attack while hosting a river cruise in France. His career began in radio as a sixteen-year-old in country radio, but it was only a few …

END_OF_DOCUMENT_TOKEN_TO_BE_REPLACED 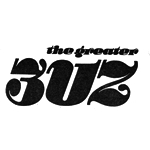 END_OF_DOCUMENT_TOKEN_TO_BE_REPLACED

[This Friday, 1 August, marks the 50th anniversary of the launch of the first channel in what is now Network Ten. Earlier this year we took a look at the countdown to the launch of this new channel — ATV0 — plus its first test programs. This week we present some special posts in commemorating …

END_OF_DOCUMENT_TOKEN_TO_BE_REPLACED A host of fun! All Together Now star Steven Jacobs will be joining Jo Beth Taylor to co-host a special edition of Australia’s Funniest Home Video Show, with the show featuring some of his own bloopers from All Together Now. With production of All Together Now said to be winding up Jacobs is looking for …