Subscription TV channel TV1 is now no longer. TV1 and its sister station SF were owned in a joint venture between Sony Pictures, NBCUniversal and CBS Studios International. The channels were unable to strike up a renewal for carriage via the Foxtel platform, with the announcement back in August that both TV1 and SF would …

END_OF_DOCUMENT_TOKEN_TO_BE_REPLACED 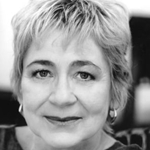