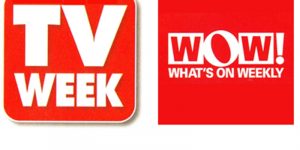 In 2002 the biggest battle in the TV landscape wasn’t on screen but was based around duelling TV magazines. For over 20 years, TV Week had a national monopoly on the market, published by Southdown Press (later Pacific Publications) on behalf of a joint venture between it and Australian Consolidated Press (ACP). This arrangement was …

END_OF_DOCUMENT_TOKEN_TO_BE_REPLACED

Permanent link to this article: https://televisionau.com/2022/07/a-tale-of-two-magazines.html 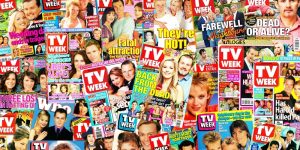 Tonight marks the end of an era — after 37 years and 8903 episodes, Neighbours comes to an end. The longest running Australian television drama series. It survived changes of broadcasters in both Australia and the United Kingdom, created international stars, provided a rite of passage for many in the industry, boosted tourism and migration …

END_OF_DOCUMENT_TOKEN_TO_BE_REPLACED

Permanent link to this article: https://televisionau.com/2022/07/farewell-to-neighbours.html 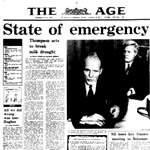 Back in the day, electricity restrictions triggered by industrial action were an occasional feature of life in Victoria. Various measures were applied to domestic, business and industrial premises to stem the widespread use of electricity to ensure the demand did not exceed the instantly limited supply. Among the measures applied to cut back household power …

END_OF_DOCUMENT_TOKEN_TO_BE_REPLACED

Permanent link to this article: https://televisionau.com/2022/07/classic-tv-guides-nothing-on-tv.html It is 30 years since ABC‘s The Late Show made late Saturday night TV worth watching with its mix of live and pre-recorded sketches as it mocked politics, TV, films, advertising, sport, pop culture and some of our social mores. Debuting on 18 July 1992, The Late Show featured many cast members from the D-Generation‘s …

END_OF_DOCUMENT_TOKEN_TO_BE_REPLACED

Permanent link to this article: https://televisionau.com/2022/07/the-late-show-at-30.html 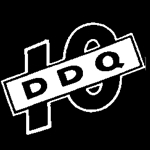 As Stage Three of the rollout of television in Australia continues in the early 1960s, Queensland’s Darling Downs region became the state’s first to get a local station. DDQ10, operating from studios in Toowoomba and transmitting from Mount Mowbullan, made its debut on Friday 13 July 1962. Shareholders in the channel, owned by Darling Downs …

END_OF_DOCUMENT_TOKEN_TO_BE_REPLACED 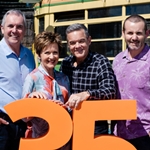 Network Ten has announced the schedule for the final week of Neighbours — bringing the long-running series to an end after 8903 episodes. Production for the series wound up last month after producer Fremantle cancelled the show in March, following the withdrawal of financial support from UK broadcaster Channel 5. In Australia, the series will …