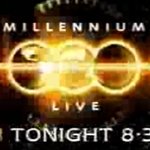 New Year’s Eve television in Australia is usually a fairly low-rent mix of re-runs or B-grade filler not fit for broadcast during the high-pressure ratings season. But the global excitement over the year ticking over from 1999 to 2000, twenty years ago, saw some gallant efforts to secure the nation’s viewers on the big night. …

END_OF_DOCUMENT_TOKEN_TO_BE_REPLACED

ABC‘s relaunch of its late afternoon line-up in October 1966 mostly relied on familiar titles — reruns of British legal drama Boyd QC, the return of children’s science series Why Is It So? with Professor Julius Sumner Miller, and new episodes of Doctor Who. But there were some new shows in the mix — Crackerjack, …

END_OF_DOCUMENT_TOKEN_TO_BE_REPLACED 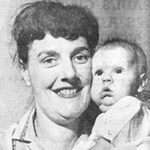 Last week the Seven Network presented Operation: Live, a televised account of a Cesarean section birth — claimed by host Melissa Doyle as a first for Australian television, although the “live” component was taking some artistic licence as the actual procedure took place well before airtime. Seven’s claim of “first” is not strictly true as …

END_OF_DOCUMENT_TOKEN_TO_BE_REPLACED

Permanent link to this article: https://televisionau.com/2019/02/abc-documentary-birth.html