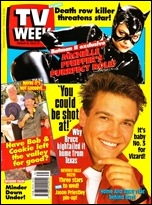 State of shock! Unlike most young Australian actors, E Street star Bruce Samazan (pictured) is in no hurry to work in the US – in fact he has no plans to ever visit there again.  Making his first trip to the US, staying with friends in Texas during a production break for E Street, Samazan …