Bert Newton, one of the pioneers and enduring personalities of Australian television, has died at the age of 83. He had been in hospital for several months and went into palliative care recently following complications from recent surgery to have a leg amputated. Born in 1938, Newton started in radio when still a teenager, becoming …

END_OF_DOCUMENT_TOKEN_TO_BE_REPLACED

Permanent link to this article: https://televisionau.com/2021/10/obituary-bert-newton.html

Actress, model and lifestyle blogger Annalise Braakensiek has died suddenly at the age of 46. Police and ambulance crews found her dead in her apartment on Sunday afternoon after friends and family became concerned about her whereabouts. A model since her teenage years, Braakensiek’s big break came when she was awarded Inside Sport Model of the Year …

END_OF_DOCUMENT_TOKEN_TO_BE_REPLACED

Permanent link to this article: https://televisionau.com/2019/01/obituary-annalise-braakensiek.html 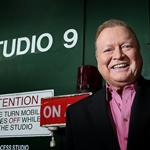 The Nine Network has confirmed that it has not renewed ties with Bert Newton after his contract with the network quietly lapsed last year — potentially ending a TV career that began back in 1957, just months after TV began in Australia. The Daily Telegraph reports that industry speculation over Newton’s contract at Nine was triggered …

END_OF_DOCUMENT_TOKEN_TO_BE_REPLACED 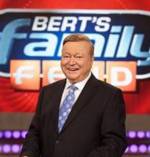 Although he has been under contract with the Nine Network since 2006, having returned after 20 years and a lengthy stint as host of Ten‘s former daytime flagship Good Morning Australia, Bert Newton has not made an appearance on the network since last hosting 20 To 1 in 2010. However, he will be making an appearance as a …