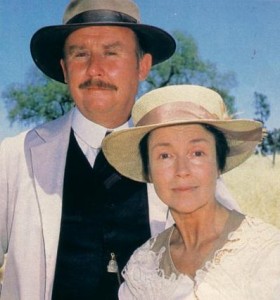 Looking far from recognisable from her familiar role as Grace Sullivan in The Sullivans is Lorraine Bayly, pictured with veteran actor Bill Hunter in their roles as Helen and Alan Gilchrist in the World War I mini-series 1915, produced by ABC in 1982 to commemorate the national broadcaster’s 50th anniversary. Picture: TV Week, 23 January 1982

Permanent link to this article: https://televisionau.com/flashbacks/lorrainebayly1915