Archival news footage from as far back as the 1960s has been rescued from destruction amid a clean-out of the WIN studios in Mildura.

Being the region’s only local TV news service for over 50 years, the station archive contains unique news and commercial footage at risk of being lost forever. Much of the collection, comprising both 16mm film and various videotape formats, now resides with local historians, including Frames of History founder Ian MacWilliams, with a view to having it digitised for future preservation and access. 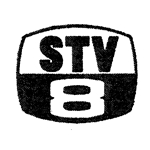 The former station premises, situation on Deakin Avenue and recently sold, housed WIN and its predecessor STV8, which launched as the region’s first commercial TV station in 1965. The station later became part of the Southern Cross network and was briefly owned by Alan Bond before being sold to VIC TV — now part of the WIN regional network.

WIN continued as Mildura’s only commercial TV station until Prime Television launched a local transmission in 1997.

WIN ceased local news operations in Mildura in 2015 with claims that it was no longer commercially viable.

Permanent link to this article: https://televisionau.com/2023/01/historic-win-news-footage-saved.html