Your Money channel to close 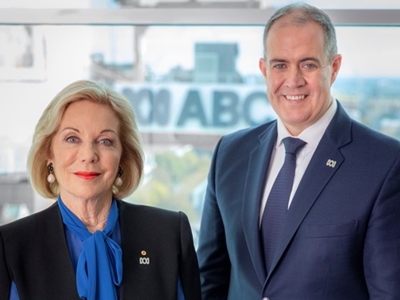 ABC has announced the formal appointment of David Anderson to the position of Managing Director.

He had been acting in the role since September last year, following the departure of Michelle Guthrie from the position.

“The ABC Board resolved unanimously to appoint David Anderson following a national and international search that produced many impressive candidates.

“With almost 30 years of service, David’s knowledge of the ABC is unsurpassed. He has a deep understanding of audience needs and the Board is confident he has the skills and ability to respond to the challenges of a changing media environment.

“We believe he is the right person to lead the Corporation at this time. David already enjoys the trust and confidence of the ABC leadership team and staff and he is ideally placed to continue to provide strong leadership and direction.”

Anderson is appointed to the role for five years and has ultimate responsibility for all editorial content from the broadcaster.

Permanent link to this article: https://televisionau.com/2019/05/david-anderson-appointed-abc-md.html