Today it’s Full Frontal, tomorrow the world
If Full Frontal is renewed for an eighth season next year, it is unlikely that Julia Morris will stay with the show. “I’d like to leave myself open to other projects,” she told TV Week. “I really enjoy the hosting things that I do and, because I’m a singer, I wouldn’t mind getting stuck into a musical at some stage.” She is soon to return to the US for a month. “I’ll go there again this time and just keep feeling out different areas to establish me for later on. I really like the US, but I’d have to work my way to a better level here before I’d even attempt to go to another country.” 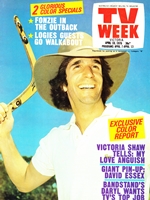 Happy days are here again!
Happy Days star Henry Winkler will part of the celebration of 40 years of Australian television, appearing in the special 40 Years Of Television: The Reel History. Producer Paul Rudd told TV Week that Winkler was originally interviewed for the follow up special, 40 Years Of Television: Then And Now, but was then approached to join the line-up of the first special. “We were keen to have an overseas star to help co-host part one, and because he’s such a huge fan of Australia he said he would love to be involved,” Rudd told TV Week. “His production company is called Fair Dinkum Productions, and he has fond memories of Down Under.” Winkler first came to Australia in 1976 (pictured) as a guest presenter for the TV Week Logie Awards. 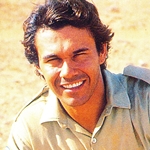 Free at last
Aaron Pedersen, previously seen in the mini-series Heartland and as co-host of Gladiators, has been spending the last few years looking after his younger brother and sister and helping put them through school. But now they are of an age to look after themselves, Pedersen is ready to re-focus on his acting career. This month he makes his return to TV, playing the part of outback policeman Tom Daly in the Seven Network telemovie The Territorians. “I have grown up with the attitude that the portrayal of indigenous people on TV has been really wrong. We have always been about 50, 60, 70 years behind,” he told TV Week. “With Tom Daly, it isn’t like that. He was a person and he happened to be a policeman. For such a long time, the Australian film industry has romanticised, with the image of the Aborigine standing on one leg on a cliff holding a spear.” The Territorians also stars Steve Vidler, Peter Adams and Robert Mammone and has the potential to spin-off into a series of telemovies in a similar vein to Halifax fp.

Monday: In Neighbours (6.30pm, Ten), Susan (Jackie Woodburne) is beginning to worry about Libby’s (Kym Valentine) state of health, while Karl (Alan Fletcher) seems to have softened his stance over Darren (Todd MacDonald). Sofie Formica and Steven Jacobs return with a new series of Just Kidding (7.30pm, Nine). As the AFL season enters the finals, the special Footy’s Wild Men (8.30pm, Seven) pays tribute to some of the more colourful players from 100 years of Australian Rules; followed by a special early edition of Talking Footy (9.30pm, Seven). 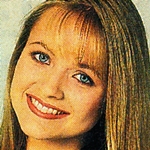 Tuesday: In Neighbours (6.30pm, Ten), Darren (Todd MacDonald) is failing to cope back in prison. In Home And Away (7pm, Seven), Irene (Lynne McGranger) is unsure whether to laugh or cry when Fin (Tina Thomsen, pictured) lets her in on a secret. In GP (8.30pm, ABC), Maureen (Melissa Jaffer) treats a patient who is impotent with no obvious physical cause. A crime at a winery gives Johnny Kowalski (Jack Finsterer) an opportunity to make a move on Maggie (Lisa McCune) in Blue Heelers (8.30pm, Seven). Drama series Medivac (9.30pm, Ten) makes its debut.

Wednesday: In Neighbours (6.30pm, Ten), Phil’s (Ian Rawlings) efforts to keep Helen (Anne Haddy) happy during his hospital visits seems futile. In the latest Halifax fp telemovie Cradle And All (8.30pm, Nine), a baby is dead and her mother admits to killing the child, but Jane (Rebecca Gibney) feels the woman is covering for someone else. In the second episode of Medivac (9.30pm, Ten), when a ghost train crashes the team is called in to deal with the casualties.

Thursday: In Home And Away (7pm, Seven), Rebecca (Belinda Emmett) is determined that her father (Norman Coburn) and Marilyn (Emily Symons) will not get married.