Simon proposes to Angel
In the aftermath of the recent Summer Bay earthquake, Home And Away‘s Angel (Melissa George, pictured) receives a proposal from wealthy businessman Simon Broadhurst (Julian Garner) — but it was second time lucky for Simon. His first proposal was met with some indignation from Angel — feeling that he was buying her love at a time when her home had just been destroyed. His second proposal, at the surf club kiosk, was better received once he convinced Angel he really does love her and her children. But will she accept? Not only that, but Julian is also set to be tempted by the return of Joanna (Kimberley Joseph), who fancies herself as a potential Mrs Broadhurst. 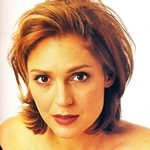 How’s your Sex Life?
The Ten Network is reviving the Sex show formerly produced by the Nine Network. With the new title of Sex/Life, the new show will be hosted by Tottie Goldsmith (last seen on screen in Seven‘s Fire and soon to appear in Foxtel‘s Shark Bay) but will take a somewhat different approach to the former Nine program. “I’m a lot older than Sophie Lee (the previous host) was,” Goldsmith (pictured) told TV Week. “What Tim (Clucas, the show’s executive producer) was going for was not a titillating person to host it. He wanted a bit more maturity and a bit more integrity in the show, I think.”

Alison’s Starr turn
Alison Whyte, best known for playing Emma in Frontline, has begun work on her new role as Stella Starr in Nine‘s new Good Guys Bad Guys. “The role of Stella is such a good one,” she told TV Week. “She is a very frank individual. The producers, Simpson Le Mesurier (Halifax fp), have such a great track record, and that’s a major attraction, too.” Good Guys Bad Guys is centred around the role of Elvis Maninnis (Marcus Graham), a former cop from a criminal family who has connections on both sides of the law. Despite his intentions to distance himself from his past, it has a habit of catching up with him. Meanwhile, Whyte is expected to return to the role of hard-working current affairs producer Emma in Frontline, which is due for a third series in 1997. 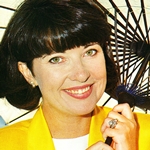 It’s a Mac attack!
Jacki MacDonald (pictured), best known for her years on Hey Hey It’s Saturday but last seen on Derryn Hinch‘s Midday, is returning to TV to host Foxtel‘s new travel channel, Fox Travel. As well as introducing the various shows to appear on the channel, the 14-time TV Week Logie Award winner will be hosting her own one-hour program, Jacki MacDonald’s Destinations.

Saturday: John Higginson and Rebecca Gibney are among the actors voicing the new animated series The Silver Brumby (3.30pm, Ten). In the series return of Ocean Girl (5.30pm, Ten), the Bates family holiday is cut short when the fish breeding grounds are destroyed.

Monday: In Neighbours (6.30pm, Ten), Libby (Kym Valentine) and Darren (Todd MacDonald) trip to the beach has been more than successful. In Water Rats (7.30pm, Nine), Harrison (Peter Mochrie) is called to negotiate with a potential suicide on the Sydney Harbour Bridge.

Tuesday: In Home And Away (7pm, Seven), the memory of Shane still comes between Angel (Melissa George) and Simon (Julian Garner). In GP (8.30pm, ABC), Henry (Steve Bisley) is drawn into a dispute between two brothers and their small business operation. In Blue Heelers (8.30pm, Seven), Maggie’s (Lisa McCune) deepening relationship with her university tutor causes sparks with PJ (Martin Sacks) as they investigate the death of a young ballet dancer. 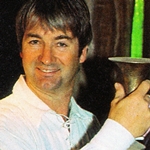 Wednesday: In Neighbours (6.30pm, Ten), Karl (Alan Fletcher) is tired of Darren’s (Todd MacDonald) involvement with Libby (Kym Valentine). Better Homes And Gardens co-host John Jarratt (pictured) hosts the new series, Australia’s Strangest Home Improvements (8pm, Seven). The documentary Nobody’s Children 7 Years On (8.30pm, ABC) features David Goldie tracking down the street kids he spoke to seven years ago and finds out what has happened in their lives since then.

Thursday: In Getaway (7.30pm, Nine), Lochie Daddo looks at the luxurious penthouse apartments where the rich and famous stay on Queensland’s Gold Coast, and later he stays in a pyramid in the Grampians National Park in Victoria; while Rebecca Harris embarks on a 1600km, four-day mountain bike ride from Kalgoorlie to Uluru. Tottie Goldsmith hosts the new series Sex/Life (8.30pm, Ten).

Friday: Peter Luck (pictured) hosts the new series Where Are They Now? (7.30pm, Seven), checking in on some former famous and infamous faces — including catching up with Don Adams of Get Smart fame. The new series Emergency 000 (8pm, Seven) goes behind the scenes with emergency services personnel. Friday Night Football (8.30pm, Seven) features Fremantle versus Collingwood, live from Perth.