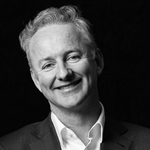 Nine Entertainment Co — owner of the Nine Network — has announced the resignation of CEO David Gyngell and the appointment of Hugh Marks (pictured) as his successor.

Marks, with 20 years’ senior management experience in broadcasting and production, joined the Board at Nine in 2013. His previous experience includes senior roles at the Australian Communications and Media Authority and Southern Star Group. Prior to this Marks was legal counsel for Nine and was a Director of Nine Films and Television for seven years.

He takes on his new role effective tomorrow, 10 November.

Although stepping down from the CEO role, Gyngell will remain as a Non-Executive Director on the Board at Nine.

“On behalf of the Board, I warmly welcome Hugh to his new role of Chief Executive Officer. His extensive experience in television, coupled with his detailed knowledge of NEC, made him an obvious replacement for David. We look forward to his experience, his leadership and his sure hand in these challenging but exciting times”.

“I’d also like to thank David Gyngell for his tireless eight years as CEO of Nine Entertainment Co.. He has led the Company through a significant restructuring, whilst remaining an active and inspiring leader on a day-to-day basis. Personally, I am sad to see David stepping down from his active management role, however I am delighted he will be continuing his long association with Nine as a non-Executive Director.” 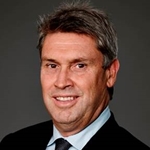 Gyngell (pictured), whose father Bruce was a key figure in the development of Sydney’s TCN9 in the 1950s and 1960s, had been CEO at Nine in 2004-05 and returned to the role in 2007, at a time when the network was being hit hard by a resurgent Seven. He brought stability to the network while also saving the company from falling into receivership, before it was re-listed on the Australian Stock Exchange.

The network has also grown with the acquisition of the Nine stations in Perth and Adelaide from affiliate partner WIN.

In stepping down from the CEO role, Gyngell said:

“I have great regard for Hugh Marks. He’s got the experience, he’s got skin in the game, he knows the industry so well and he’s very well regarded. Hugh was an obvious selection as CEO and I believe he’ll do a stellar job. For my part, it’s time. I always say Nine is part of my DNA, and it’s true. From my boyhood alongside my Dad, to this day. I love the culture and achievement of this company and I love its people. That won’t change. I will remain on the Board, and I’ll be happy to offer a little advice or support when it’s sought. It’s now up to Hugh and the team to run the show, and I confidently wish them the very best”.

In two weeks’ time, Nine will launch its new lifestyle channel, 9Life, and will resume high definition broadcasting for its primary Nine service after five years.

Permanent link to this article: https://televisionau.com/2015/11/nine-chief-david-gyngell-steps-down.html