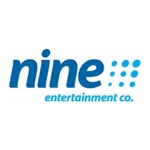 Last month it was announced that NWS would be sold from Bruce Gordon‘s WIN to Nine Entertainment Co.  The station was sold for around $120 million.

It is the first time that NWS has come under the common ownership of the Nine Entertainment Co east coast stations.  Previous owners of NWS have included Rupert Murdoch (who launched the station in 1959), NBN Television and Southern Cross Broadcasting.

“Nine has enjoyed a long association with Adelaide and South Australia through its affiliation with WIN and previous proprietors of NWS, and that relationship is about to become even stronger.

“We are on the threshold of an exciting new bond with our audience as we become hands-on proprietors of this great station as part of the Nine Network and its family.

“Nine’s success is built on its brief to inform and entertain, and reflect the aspirations and concerns of its community. It’s part of our DNA and it’s great that we can now build that rapport direct with our Adelaide audience.

“We celebrate and respect the long and rich history of NWS9, which we have been such an integral part of.

“Now it’s time to take it to the next level, and we look forward to our viewers joining us on the journey.”

Nine Entertainment Co has also negotiated to purchase STW Nine Perth from WIN on the condition that the Government lifts the 75 per cent audience reach limit currently applied to commercial television broadcasters.

Permanent link to this article: https://televisionau.com/2013/07/nine-network-welcomes-nine-adelaide.html