The Nine Network has revealed its plans for 2016, including a raft of new shows and returning titles — but there are some announcements that are set to shake things up.

Firstly, Nine’s primary channel is returning to High Definition broadcast. From 26 November, Nine will resume the HD simulcast of its primary channel for the first time since 2010 — when GEM took over the HD slot.

The next big announcement is that Nine will be launching a new lifestyle channel, 9Life, on 26 November on Channel 94. 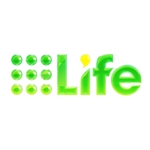 9Life will feature various lifestyle and reality brands, some of which not currently seen in Australia, through a supply deal secured with Scripps Network Interactive. (Scripps is also a key supplier of content to SBS‘ upcoming channel, Food Network)

Nine will also relaunch its online portal Jump-In as 9Now, promising streaming, catch up and on-demand viewing of all its channels. This comes after Seven‘s recent announcement that it will be streaming its channels online.

New titles include dramas Hide And Seek and House Of Bond, sitcom Here Come The Habibs, game show You’re Back In The Room (to be hosted by Daryl Somers), reality show The Rookie and factuals Prison: First And Last 24 Hours and This Time Next Year.

Nine will again cover the TV Week Logie Awards, Carols By Candlelight and the NRL State Of Origin.

It is unclear at this stage if Nine’s channel reshuffle and switch to HD for the main channel will be emulated by regional affiliates WIN, NBN (which Nine owns) and Imparja.

Permanent link to this article: https://televisionau.com/2015/10/nine-launches-9hd-and-9life.html