Steven’s towering stunt!
Police Rescue star Steve Bastoni is set to cap off his five years with the show by dangling off Sydney’s Centrepoint Tower. “It’s by far the scariest stunt I’ve performed,” Bastoni told TV Week. “I can’t describe the excitement. I’m buzzing!” In the scene, Bastoni’s character, Angel, has to bring down a heart attack victim from the tower the quick way — off the edge and down the side! Even though the jump was rehearsed by the show’s stunt team over and over, it was still fraught with danger. “If it had been too windy the ropes could have been tangled,” stunt team head Richard Booie told TV Week. “It wasn’t an easy stunt, especially with the wind spinning Steve and then pushing him into the tower.” The stunt is to feature in an episode in the upcoming final series of the ABC drama. 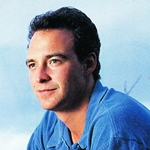 The calm before the storm
Getaway reporter Lochie Daddo (pictured) came up with the idea for a drive in a Ferrari along Italy’s Amalfi Coast for the travel show’s World Best Drives special. “But Rebecca Harris got the Italy trip, and I got bad weather in New Zealand and Far North Queensland,” Daddo told TV Week. The World’s Best Drives special includes stories from around the world, featuring road journeys from the US, Australia’s Nullabor Plain, the Kruger Wildlife Park in South Africa and England’s Lakes District.

Mimi’s job in doubt
Discovery channel presenter Mimi Macpherson is in danger of losing her job as a result of a recent drink-driving charge. Discovery (which is available in Australia via Foxtel), a family-oriented network, has a strict code of conduct for their on-screen stars. “The situation is still in discussion,” a spokesperson for Discovery told TV Week. “They are still reviewing Mimi’s case.” 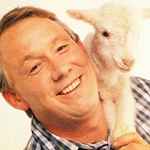 Sunday: The Mercantile Mutual Cup (11am, Nine) is live from Brisbane, featuring Queensland versus South Australia. In Heartbreak High (5.30pm, Ten), the teachers are on strike, while Con’s (Salvatore Coco) plan to spend more time with Katerina (Ada Nicodemou) turns into a raging party. Tamworth’s famous Country Music Festival is the focus of this week’s True Stories (8.30pm, ABC) documentary — taking a look behind-the-scenes at the 11 day festival held in January and which attracts more than 70,000 visitors to the rural town. Sunday night movies are Extreme Justice (Seven), Basic Instinct (repeat, Nine) and Sea Of Love (repeat, Ten).

Tuesday: In GP (8.30pm, ABC), love is in the air when Sonia (Zoe Carides) falls for a motorbike paramedic while attending an accident. In Blue Heelers (8.30pm, Seven), when Chris’ (Julie Nihill) niece runs away, abuse is suspected. The local priest becomes the suspect when he is named by the young girl’s boyfriend. 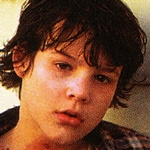 Thursday: In Home And Away (7pm, Seven), Fisher (Norman Coburn) gives up hope of going out with Marilyn (Emily Symons). Getaway (7.30pm, Nine) presents a special episode on some of the world’s great road journeys, including Jeff Watson taking his 1958 Morris Minor across the Nullabor. Comedy special World Series Debating (8.30pm, ABC) debates the topic That There Is Life Beyond Earth.