Community TV on air through 2016 ‘I’m looking forward to leaving!’
After three years as Home And Away‘s Angel, Melissa George (pictured) is preparing to say goodbye to the series that has made her famous. It is an exit that has brought mixed emotions for the young star. “I am looking forward to leaving next June. But it’s going to be very sad, because I’ve had so much fun,” she told TV Week. “I’m a very sentimental person you know, and I cherish everything I do, and I get upset just thinking about my farewell. And there’s another seven months to go!” George’s departure from the series will come after that of her on-screen husband, Dieter Brummer, who leaves the show in December. 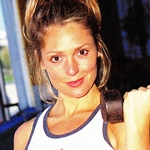 Hot Tottie!
Tottie Goldsmith (pictured), whose TV credits include Starting Out, Prisoner, The Young Doctors, Special Squad and The Henderson Kids, is excited in the lead-up to her new role as a firefighter Tex in the second series of the Seven Network‘s Fire. The actress has also been working out at the gym every day for the last three months and will take on an intensive two-week firefighting course to prepare the gruelling production. “The challenging physical nature of the role turns me on even more,” she told TV Week. “But there’s a new emphasis at the moment because I want my muscles to look defined.” Also joining Fire for its second series are Damian Rice (GP), Damian Pike, Robert Morgan (Correlli) and Danny Adcock.

Program Highlights (Melbourne, November 18-24):
Saturday: The Second Test (10.50am, Nine) is live from Hobart, featuring Australia versus Pakistan, continuing through to Tuesday. Beyond 2000 (5.30pm, Ten) goes into a summer series of ‘Best Of’ episodes. The Landline special Country Music Sweethearts (6pm, ABC) features a compilation of video clips that have featured on Landline and also interviews with country music performers.

Monday: In Neighbours (6.30pm, Ten), Stonie and Annalise (Anthony Engelman and Kimberley Davies) are forced to remember their recent secret liaison. Healthy Wealthy And Wise (7.30pm, Ten) begins its summer series of highlights from during the year. 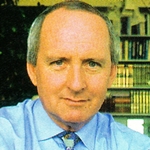 Tuesday: In Blue Heelers (8.30pm, Seven), at Tom’s (John Wood) Christmas barbecue, Adam’s (Damian Walshe-Howling) visiting brother (Stephen Whittaker) annoys every woman in attendance, and Gina (Rachel Blakely) is found battered, bruised and raped in a park. All the male police give alibies, except Adam, who refuses to talk. In GP (8.30pm, ABC), Henry (Steve Bisley) learns a few lessons in love from Sonia (Zoe Carides) and in multiculturalism from a Vietnamese patient. The documentary Demons At Drive Time (8.30pm, SBS) presents a fly-on-the-wall observation of the power and influence of some of Australia’s most popular radio talkback hosts, including Alan Jones (pictured), Ron Casey, Brian Wilshire and Stan Zemanek in Sydney, Howard Sattler in Perth and Bob Francis in Adelaide. 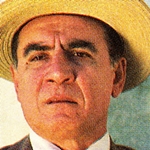 Wednesday: In Neighbours (6.30pm, Ten), Lou (Tom Oliver) is flabbergasted by Linda’s (Regina Gaigalas) surprise arrival; and Jo’s (Emma Harrison) life looks up when Flakey (Brian Wenzel) promises to stay away from the bottle. In Bordertown (8.30pm, ABC), Dante (Petru Gheorghiu, pictured) begins to crack under the burden of his guilty secret; and Nino (Mitchell Butel) is suspected of murder. The first of the three-part series The Beatles Anthology (8.30pm, Seven), described as the definitive history of The Beatles, goes to air just days after screening in the US and UK. It continues on Thursday and Friday nights.

Thursday: The Heineken Australian Open (12pm, Seven) commences four days of competition from Kingston Heath, Melbourne; with players competing for prize money of $850,000. In Neighbours (6.30pm, Ten), Susan (Jackie Woodburne) and Brett (Brett Blewitt) learn about life in a Massai village. In Home And Away (7pm, Seven), Angel (Melissa George) tells Ailsa (Judy Nunn) that Dylan’s (Corey Glaister) leukaemia is like a ticking time-bomb. In Getaway (7.30pm, Nine), Lochie Daddo goes on a safari in Arnhem Land in the Northern Territory; Christina Morrissy visits India for the Pushkar festival and checks out accommodation at Mt Priory in Victoria; and Jeff Watson takes a guided tour of Vienna.

Friday: In Home And Away (7pm, Seven), Shane (Dieter Brummer) tells Travis (Nic Testoni) that he feels like a prisoner in his own home.