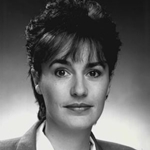 Jill Singer, award-winning journalist and former host of Today Tonight, has died at the age of 60.

She was diagnosed with a rare blood disorder earlier this year.

Singer’s career began at ABC radio in 1984, working her way up to television to a reporting role for The 7.30 Report and as producer of breakfast program First Edition.

She also had a stint at the Ten Network in the 1980s, reporting for its current affairs show Page One.

The Seven Network signed her up to host the Victorian edition of its new current affairs program, Today Tonight, in 1995.

Promising a more serious tone than its rivals or predecessors, Today Tonight soon made headlines of its own. In 1996, Singer fainted during a commercial break after having to announce that a politically sensitive story on Victorian premier Jeff Kennett had been pulled by Seven’s management at the last minute. Singer later recalled it was withdrawn to “placate the premier”. The report in question did go to air the following night, earning Today Tonight its highest ratings.

Singer and others associated with the report were later told their services were no longer required at Seven, with Singer replaced on-air by Naomi Robson, and Today Tonight began its slide into tabloid reporting.

Singer went on to become a long-running columnist for the Herald Sun and taught journalism at RMIT.

Her accolades included a Walkley and joint winner of two Quill awards for journalism.

In April this year she married Anthony Broad.