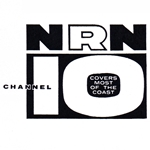 The licence to operate the commercial station in the Grafton-Kempsey market, incorporating Coffs Harbour, was granted unopposed to Northern Rivers Television Limited in October 1962. It was part of the fourth stage of the introduction of television across Australia.

The television station, NRN10, was opened on 23 January 1965 with a pre-recorded speech by Postmaster-General Alan Hulme.

With its transmitter at Mount Moombil and its signal focused north-south, NRN reached as far north as Casino and as far south as Port Macquarie. The transmission tower was also to be shared with ABC‘s new local station, ABDN2, which commenced transmission in June.

NRN’s initial local production included a news service each weeknight at 7.15pm, following the relay of national news from ABC. Down To Earth, a joint venture between NRN and the NSW Department of Agriculture, screened every second Wednesday, while 15-minute sports programs were scheduled for Friday and Sunday evenings. 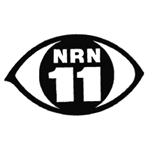 The launch of television into the region sparked an immediate boost in retail sales. After only one week of advertising of a pharmaceutical product, chemists across the region reported selling out three months’ supply in just days.

Less than a year after commencing operation, NRN was granted an approval to change its broadcast frequency to Channel 11, following reports that the Channel 10 signal was being affected by interference.

In 1969, NRN struck a deal to have its programming rebroadcast via ECN8, Taree. The arrangement was soon terminated when ECN8 was purchased by Tamworth station NEN9 (now Prime7). But then NRN completed a merger with RTN8, Lismore, which broadcast as far north as the Gold Coast. The two channels carried a uniform program schedule and were branded on air as 11-8 and later NRTV. 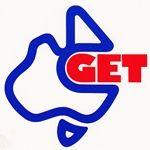 In the mid-1970s, NRN-RTN had joined Great Eastland Television (GET), a group of affiliated regional stations for the purposes of marketing to national advertisers. At the time of its launch, GET even went as far as placing elaborate double-page advertisements in Sydney and Melbourne newspapers and prime time spots on commercial television stations in both cities, under the guise that a chunk of eastern Australia was preparing to secede and form its own nation — Great Eastland — in protest that national advertisers were not giving this significant region of 620,000 people its share of attention. In 1979, the station won a TV Week Logie Award for Most Outstanding Contribution to Children’s Television for its series, Rainbow. It was a rare, if not only, time that a regional station has won a ‘national’ Logie and not one specifically designated for state-based or regional television.

NRTV had ended up in the ownership of Northern Star Holdings Limited and from December 1991, as part of regional television aggregation, expanded its signal to include Upper Namoi (Tamworth), Manning River (Taree) and Newcastle as the larger region’s Network Ten affiliate. Aggregation saw NRTV’s network expand to over 40 transmitter sites from the Gold Coast in the north, Gosford in the south and Narrabri to the west. Meanwhile, rival operators Prime and NBN entered into NRTV’s market as affiliates of the Seven and Nine networks, thus giving local viewers a choice of three commercial channels.

In 1994 NRTV was taken over by Telecasters Australia which also owned the Network Ten affiliate in regional Queensland. NRTV was rebranded as Ten Northern NSW, and Telecasters’ later merger with Southern Cross Broadcasting saw the on-air brand changed to Southern Cross Ten.

Permanent link to this article: https://televisionau.com/2015/01/50-years-for-northern-rivers-television.html